"Why Will I Be Ashamed? Am I A Thief?": Bangladesh Captain Mashrafe Mortaza Lashes Out At Reporter

Mashrafe Mortaza was irked during a press conference when asked if his form at the World Cup made him feel ashamed. 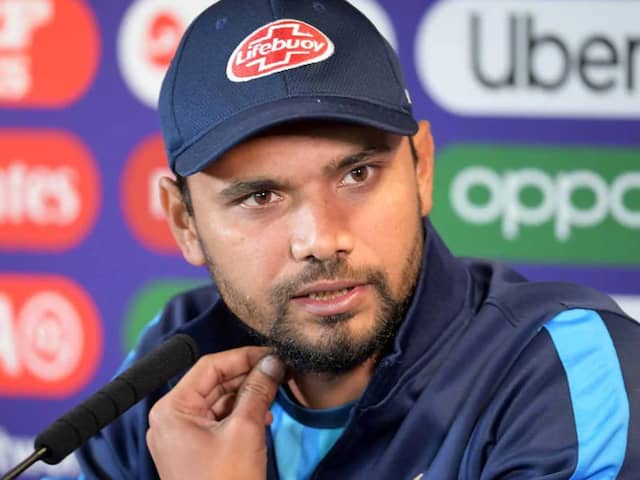 Mashrafe Mortaza has not played since Bangladesh's last match at the 2019 World Cup.© AFP

Bangladesh take on Zimbabwe in a three-match ODI series starting on Sunday and all eyes will be on veteran fast bowler and captain Mashrafe Mortaza. Mashrafe has not played since the team's final match at the 2019 World Cup and Bangladesh Cricket Board chief Nazmul Hassan had indicated that this could be the last time that the 36-year-old leads the team. In a pre-match press conference, Mashrafe was irked when asked if his form at the World Cup made him feel ashamed. "Why will I be ashamed? Am I a thief?" said Mashrafe.

"Do I steal on the ground? Am I a thief? I actually can not relate things like 'self-respect' or 'being ashamed' with playing cricket.

"There are people who steal and cheat; aren't they ashamed of what they are doing? Only I have to feel ashamed if I do not get wickets in a game? Am I a thief?"

"I might not get wickets and then all of your personnel and also my fans can criticize and talk about it. But why would I have to be ashamed of it? Am I not playing for Bangladesh? Or am I playing for any other country that I must be ashamed of my performance? If I can not perform then they can drop me -- it is that simple," he said.

The ODI series will be held entirely in Sylhet with the second being played on Tuesday and the third on Friday. This will be followed by a two-match T20I series that will be played in Dhaka.

Mashrafe Mortaza Cricket
Get the latest Cricket news, check out the India cricket schedule, Cricket live score . Like us on Facebook or follow us on Twitter for more sports updates. You can also download the NDTV Cricket app for Android or iOS.