Bangladesh vs West Indies: Mustafizur Rahman claimed two early wickets after Mehidy Hasan struck his maiden Test hundred, to put Bangladesh on top in the first Test against the West Indies in Chittagong on Thursday. 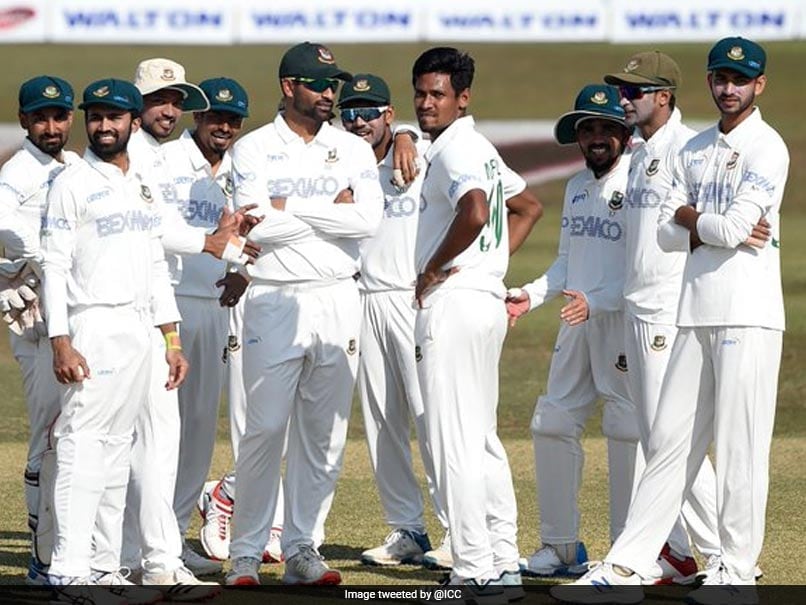 Mustafizur Rahman claimed two early wickets after Mehidy Hasan struck his maiden Test hundred, to put Bangladesh on top in the first Test against the West Indies in Chittagong on Thursday. Mehidy hit 103 off 168 balls to guide the hosts to 430 in their first innings, before Mustafizur's 2-18 helped them reduce the tourists to 75-2 at stumps on the second day. Captain Kraigg Brathwaite and Nkrumah Bonner put 51 runs in an unbroken third-wicket stand to stave off further damage, after Mustafizur rattled the visitors by dismissing John Campbell and Shayne Moseley early.

Both the batsmen were judged leg-before, making three and two runs respectively.

Brathwaite closed in on a 50 to remain unbeaten on 49 alongside debutant Bonner, 17 not out, at the close.

Mehidy was earlier the last man dismissed in Bangladesh's innings, when he holed out a catch to substitute Kavem Hodge at long-on off off-spinner Rahkeem Cornwall.

Warrican struck early in the second day, when he bowled overnight batsman Liton Das (38) in the third over of the day.

Liton could add just four runs to his overnight score, but Shakib and Mehidy seized back the momentum with a 67-run partnership for the seventh wicket.

The partnership ended when Shakib cut a loose shot to Brathwaite, at point after hitting five fours in his patient 150-ball knock.

The visitors dropped Mehidy at 24 as Moseley put down a simple catch at silly point off, which would have given Warrican a maiden five-wicket Test haul.

The all-rounder made the most of it, forging two other sizeable partnerships of 44 and 57 runs, with Taijul Islam and Nayeem Hasan respectively.

Taijul made 18 before being dismissed by Shannon Gabriel, as Joshua Da Silva took a catch behind the stumps.

Nayeem made 24 off 46 balls with four boundaries, including three in a single over, before he was bowled by debutant Bonner for his maiden Test wicket.

Mehidy swept Warrican to bring his hundred off 160 balls, but soon lost his wicket to Cornwall to bring an end to Bangladesh's innings.

Cornwall finished with 2-114 and Mustafizur was unbeaten on three runs.