Shane Warne has had issues with the same airline earlier as well. 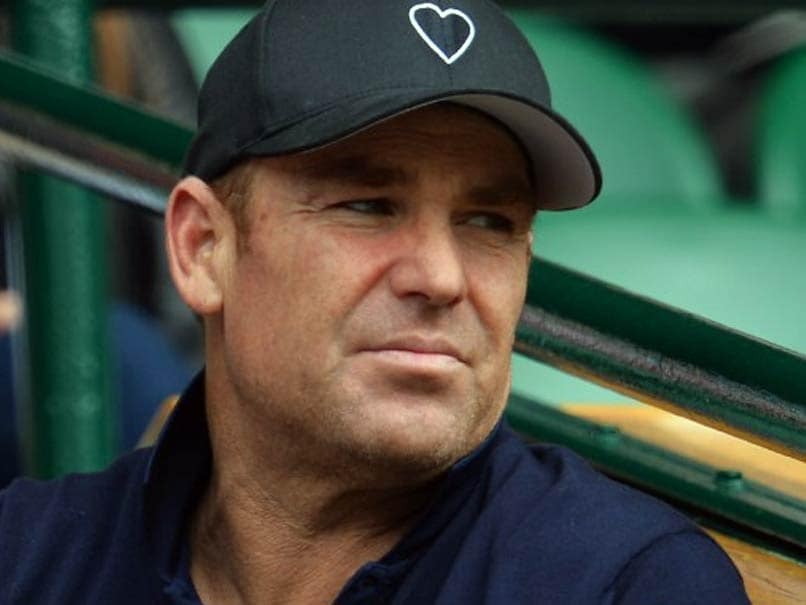 Shane Warne took to Twitter to vent out his frustration about an airline.© AFP

Australian cricket legend Shane Warne has had some trouble with Australian airline Qantas in the past and the 48-year-old was again left frustrated with the airline after his golf clubs went missing. Warne took to Twitter to vent out his frustration and wrote, "Very disappointed once AGAIN in #Qantas as I've arrived in Canberra to play a game of golf for charity & my clubs never made the plane ! How can that happen ?". However, instead of receiving sympathy, fans on the social networking platform decided to make light of Warne's predicament.

Very disappointed once AGAIN in #Qantas as I’ve arrived in Canberra to play a game of golf for charity & my clubs never made the plane ! How can that happen ?

Fans came up with some hilarious reasons as to why the golf clubs didn't reach their destination.

Pretty easy they just don't put them on

Pretty sure not done on purpose old mate .... and I’m positive the pro shop will have a shinny new set for you to try out!! And the charity your playing for .....probably a few people involved in that with a touch more concerning problems #inthebubble

They went 'Clubbing' and missed the flight..

I nicked them. You can have them back when you make your debut for @Oakley_CC

They never thought you'd be golfing. Ur known for ur spins - and not swings!!! #shanewarne #worldclasslegspinner.

Haha..Go and find some CLUB and play POKER instead..

Geez mate What a tough life you lead

In 2012, Warne had posted about his grievances against Qantas on Twitter after his flight home had been cancelled.

"My luck is seriously running out - Qantas just cancelled the flight & no info about how or when we will get back to Melbourne," Warne had tweeted.

However, in a funny turn of events, Warne ended up launching a Twitter tirade at a fake Qantas account that poked fun at him.

"We've left @warne888 stranded in Perth. Melbourne cyclists, it's now safe to ride your streets," posted an account which went by the name of @QantasPR.

"The non-official, official broadcast channel for Australia's national airline," read the description of the fake account but Warne obviously overlooked that small detail and went on a rant.

"I thought you guys were meant to look after Australians, not be sarcastic? You to (sic) often are late, cancel flights & lose luggage," he replied.

"Lots of people were very frustrated at you guys, AGAIN !!!! who tweets for QantasPR - Think your (sic) going to be in trouble tomorrow.

"Actually your lack of sympathy towards all those passengers you left stranded is quite simply staggering SORRY might help everyone."

Comments
Topics mentioned in this article
Australia Cricket Team Rajasthan Royals Shane Warne Cricket
Get the latest updates on IPL Auction 2023 and check out  IPL 2023 and Live Cricket Score. Like us on Facebook or follow us on Twitter for more sports updates. You can also download the NDTV Cricket app for Android or iOS.