Prithvi Shaw took a spectacular catch while fielding at square leg to get rid of Tim Paine in the ongoing tour match between Australia A and the Indians. 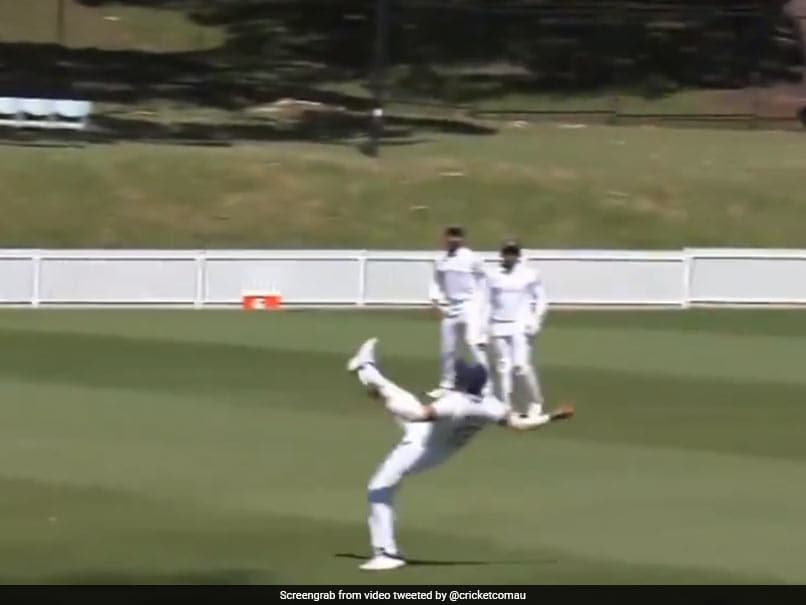 Prithvi Shaw, who was dismissed for a duck, redeemed himself to a certain degree by taking a fine catch.© Twitter

Prithvi Shaw failed to make a contribution with the bat, dismissed for a duck in the first innings of the ongoing tour game between Australia A vs Indians in Sydney. However, the opener redeemed himself to some degree on Monday, by pulling off a brilliant one-handed catch at backward square leg to send Tim Paine packing on Day 2 of the practice match. Umesh Yadav dug one in short and Paine pulled it, but didn't get the best of connections. The ball seemed to be going just over Shaw, stationed at square leg, but the 21-year-old leapt, stuck his right hand out and plucked it out of the air, much to the delight of his teammates.

On-air commentators were effusive in their praise for Shaw, with one of them terming it an "unbelievable grab".

Shaw's catch was also important for the team in context of the match. Tim Paine and Cameron Green had bailed their team out of a precarious situation at 98 for five by putting on 104 runs for the sixth wicket.

But that brilliant partnership came to an end thanks to Shaw.

On Day 1, the Indians -- consisting of India's Test specialists and some other fringe players -- won the toss, and elected to bat. However, both openers Shubman Gill and Shaw were dismissed for a duck in a nightmare start.

Hanuma Vihari (15) didn't last long either as the Indians found themselves at 40 for three. Cheteshwar Pujara (54) and Ajinkya Rahane came to the team's rescue with a fine partnership.

Rahane went on to score a brilliant century, ending the day at 237 for eight.

On Day 2, the Indians declared at 247 for nine with Rahane remaining not out on 117.