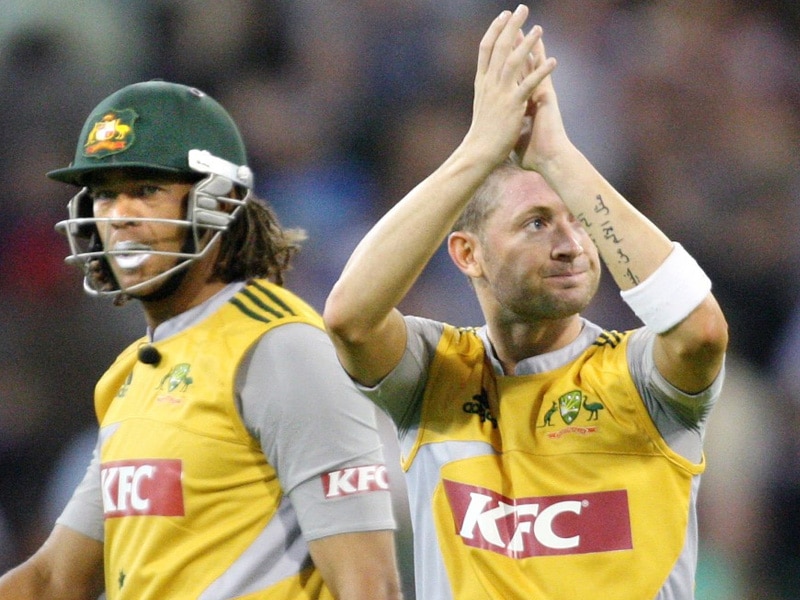 When they flourished, Andrew Symonds and Michael Clarke formed a formidable pair for the Australian cricket team.  Together they won many series as Clarke went on to become the Australia captain. At the same time, Symonds was at the sunset of his career and somehow his equation with Clarke took the wrong turn. It reached a point when then interim captain Clarke sent Symonds back from a one-day series for skipping a team meeting and instead going to fishing.

While Symonds, a hard-hitting allrounder, criticised Clarke's leadership style in 2015, the ex-Australia captain alleged that the former had once turned up drunk to play an ODI in 2008. The bickering between the two was that intense.

"Andrew Symonds went on TV to criticise my leadership. I'm sorry, but he is not a person to judge anyone on leadership," Clarke wrote in his 2015 Ashes Diary. "This is a guy who turned up drunk to play for his country. It's pretty rich for him to be throwing rocks."

Now, speaking on The Brett Lee Podcast, Symonds said that their friendship went sour after he got a good salary in the Indian Premier League. In the inaugural 2008 IPL, Symonds became the costliest overseas player as he was picked by Deccan Chargers for a sum of INR 5.4 crore.

"Matthew Hayden said to me — when the IPL started, I got a pretty penny to go and play in the IPL — he identified it as there was a bit of jealousy that potentially came into the relationship (with Clarke) there.

"I guess Money does funny things. It's a good thing but it can be a poison and I reckon it may have poisoned our relationship. I've got enough respect for him to probably not go into detail about what was said.

"My friendship with him is no longer and I'm comfortable with that, but I'm not gonna sit here and start slinging mud."

Australia Cricket Team IPL 2022 Cricket
Get the latest updates on IPL Auction 2023 and check out  IPL 2023 and Live Cricket Score. Like us on Facebook or follow us on Twitter for more sports updates. You can also download the NDTV Cricket app for Android or iOS.