The ball sailed into the crowd and a spectator had placed himself perfectly under the ball, only to juggle it twice before grabbing it at the third time of asking. 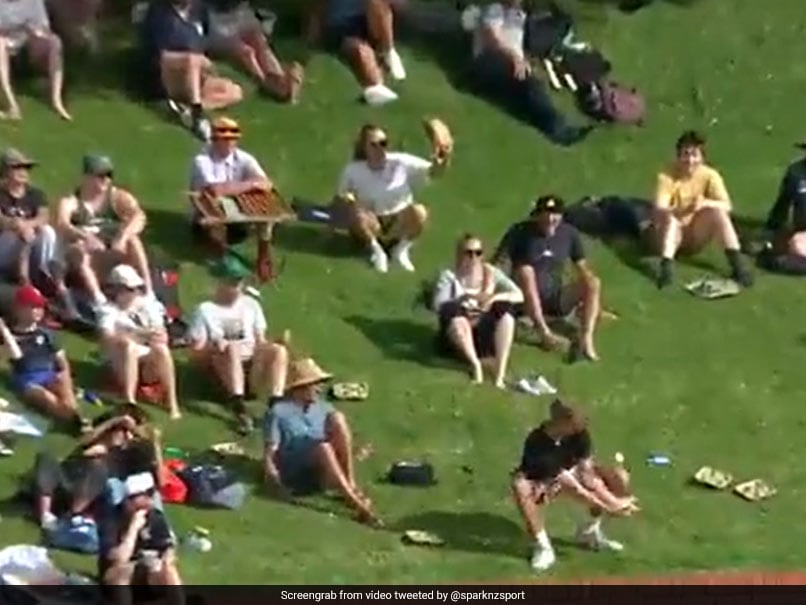 A spectator walked away with one of the loudest cheers of the night after he took a juggling catch in the crowd during a Super Smash game between Wellington and Auckland at the Basin Reserve in Wellington on Friday. The incident took place during the first ball of 19th over of Wellington's innings. Auckland's star pacer Lockie Ferguson opted to go for a fuller length delivery to Wellington skipper Michael Bracewell, who shuffled to the off-side and ramped it over fine-leg boundary for a six.

The ball sailed into the crowd and a spectator placed himself nicely under the ball, only to juggle it twice before grabbing it at the third time of asking.

The commentator was certainly impressed with the effort put in the by the spectator.

"Taken on the back, that's a beauty. Third time in three grabs. Can't believe that he has taken one," the commentator said on-air.

A video of the same was shared by New Zealand's Spark Sport on its official Twitter handle.

Auckland defeated Wellington by 13 runs, their first win in the tournament after three games.

Chasing a target of 135, Wellington were restricted to 121 for eight in 20 overs.

Ashok and Benjamin Lister took three wickets each while Louis Delport scalped a couple as well.

For Wellington, Bracewell chipped in with a 46-ball 58 as the Auckland bowlers, led by their skipper Adithya Ashok, reigned supreme at the Basin Reserve.

Earlier, Auckland had posted a total of 134/9 on the back of New Zealand batter Mark Chapman's 48-ball 55.

Despite the win, Auckland remained bottom of the points table, level on points with second-bottom Wellington, and 10 behind leaders Northern Districts (14).

Lockie Ferguson Adithya Ashok Basin Reserve, Wellington Cricket
Get the latest updates on IPL Auction 2023 and check out  IPL 2023 and Live Cricket Score. Like us on Facebook or follow us on Twitter for more sports updates. You can also download the NDTV Cricket app for Android or iOS.