Pakistan won the first match by 143 runs and the second by 82 runs. The three matches were all played in Karachi. 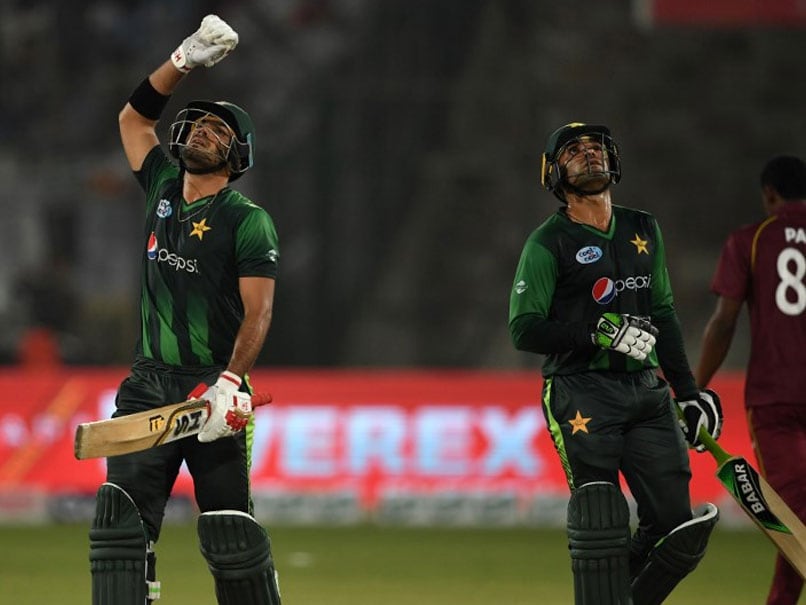 Pakistan beat the West Indies by eight wickets in the third and final Twenty20 international in Karachi on Tuesday, completing a 3-0 series whitewash. The West Indies scored 153-6 -- their highest total of the series -- with Andre Fletcher (52) scoring the only half-century on this tour for the visitors, while Denesh Ramdin cracked 42 of 18 balls.

Pakistan reached the target in 16.5 overs with Babar Azam scoring 51 and Fakhar Zaman 40.

Pakistan won the first match by 143 runs and the second by 82 runs. The three matches were all played in Karachi.

Comments
Topics mentioned in this article
Pakistan Cricket Team West Indies Cricket Team Andre Fletcher Babar Azam National Stadium, Karachi Cricket
Get the latest updates on ICC T20 Worldcup 2022 and CWG 2022 check out the Schedule, Live Score and Medals Tally. Like us on Facebook or follow us on Twitter for more sports updates. You can also download the NDTV Cricket app for Android or iOS.