When tea was called early due to rain, the visitors were 142 for four with opener Azhar Ali on 66 and first Test centurion Asad Shafiq on four, and that proved to be the stumps score as well. 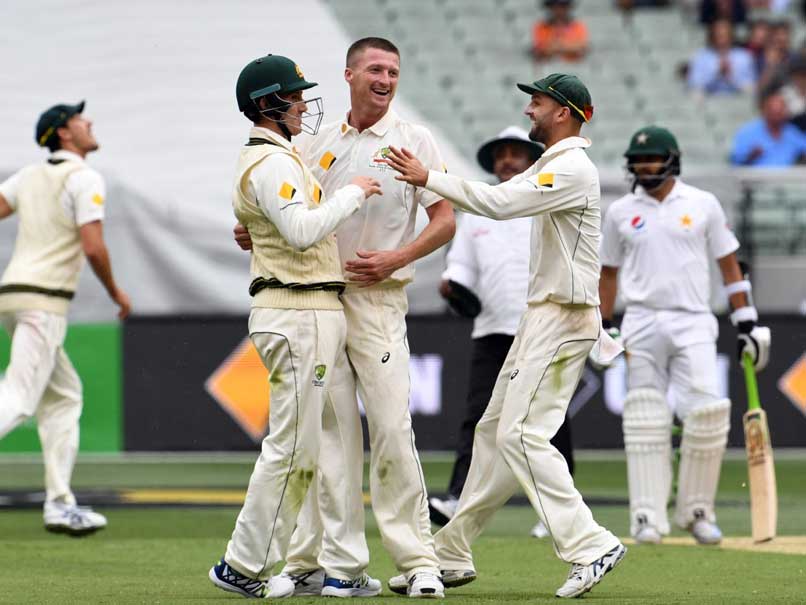 Australian seamer Jackson Bird claimed two crucial wickets just before rain ended play on the opening day of the second Test against Pakistan at the MCG on Monday.

When tea was called early due to rain, the visitors were 142 for four with opener Azhar Ali on 66 and first Test centurion Asad Shafiq on four, and that proved to be the stumps score as well.

The rain continued after tea and play was abandoned without any more action.

After winning the toss and electing to bat the visitors made a cautious start, but only Ali had been able to build an innings of substance.

Bird (2-53) struck twice in quick succession just before the rain set in to give the home team the ascendancy, removing experienced duo Younis Khan (21) and Misbah-ul-Haq (11).

Khan, who had been given out LBW on three but successfully appealed the decision when replays showed the ball was missing leg stump, just looked to be finding touch when Bird snuck a ball between his bat and pad to bowl him.

Misbah got an inside edge onto his pad and short leg Nic Maddinson dived forward to take a fine catch, which was confirmed by the third umpire.

Smith, who had some rare catching errors in the first Test, went low to his right and just managed to cling onto the sharp chance to reward some excellent bowling from Hazlewood.

Pakistan won the toss and elected to bat on a dry pitch, and their openers were determined to see off any early movement from the Australian fast bowlers.

Although the pair played and missed on occasions, Sami Aslam and Ali were able to negotiate the seamers, and it wasn't until the introduction of spinner Nathan Lyon that the home side tasted success.

With his third ball, the spinner had Aslam caught at first slip by Smith.

Aslam had batted with great caution for nine runs from 41 balls, but was surprised by some extra bounce and the ball caught the glove.

Ali survived a confident LBW appeal from the bowing of Hazlewood when he was on six, and was comprehensively beaten by the next ball, but steadied to anchor the innings.

Australia kept the same 11 which won the first Test of the three-match series in Brisbane by 39 runs, keeping faith in struggling rookie batsman Maddinson.

Comments
Topics mentioned in this article
Australia Cricket Team Pakistan Cricket Team Jackson Bird Cricket
Get the latest updates on IPL 2021, check out the IPL 2021 Schedule and Indian Premier League Live Score . Like us on Facebook or follow us on Twitter for more sports updates. You can also download the NDTV Cricket app for Android or iOS.