Exactly 14 years ago, India took world cricket by storm, winning the maiden T20 World Cup in South Africa by beating Pakistan by the narrowest of margins in the final. 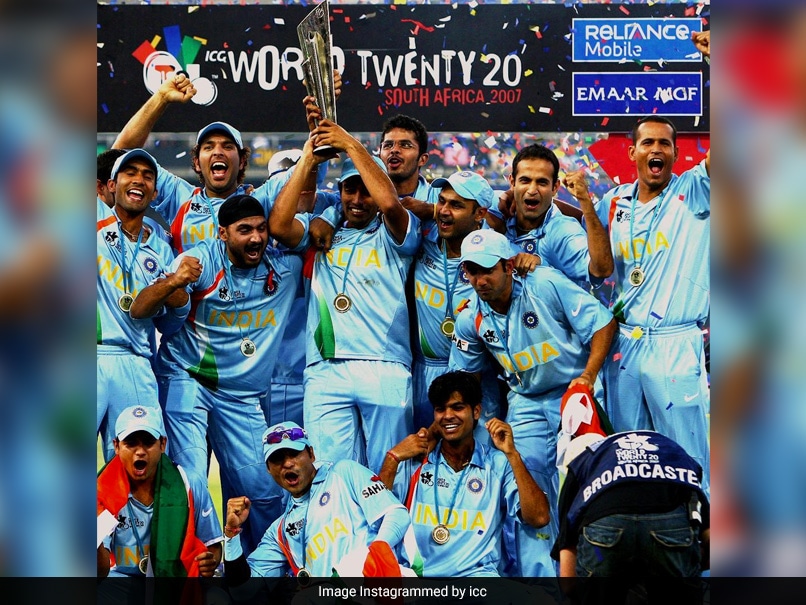 India clinched the 2007 T20 World Cup by beating Pakistan in the final.© Instagram

Joginder Sharma, an unknown quantity before the 2007 T20 World Cup in South Africa, made a cricket-mad country skip a heartbeat when he delivered the final blow that helped India capture the inaugural edition of the T20 WC. With Misbah-ul-Haq looking certain to break the hoodoo surrounding Pakistan's disappointing record against India in ICC events, skipper MS Dhoni came out with a gem as he trusted Joginder with the final over. Pakistan needed 13 runs off 6 deliveries while chasing 158 for victory as the match reached a nail-biting finale.

After conceding a six in the first two balls of the over, Dhoni, in his element, guided Joginder and kept him calm as the world watched with bated breath.

With only six more needed from 4 balls, Misbah, to everyone's surprise, tried to execute a scoop shot over short fine-leg only to find India pacer S Sreesanth.

The @msdhoni-led #TeamIndia created history as they lifted the ICC World T20 Trophy.

This was Dhoni's first ICC title win as he went on to secure the 50-over World Cup in 2011 and the Champions Trophy in 2013.

The upcoming T20 WC in UAE and Oman will see Dhoni again turn up in India's dugout, but this time as a team mentor.

Misbah-ul-Haq Cricket
Get the latest updates on ICC T20 Worldcup 2022 and CWG 2022 check out the Schedule, Live Score and Medals Tally. Like us on Facebook or follow us on Twitter for more sports updates. You can also download the NDTV Cricket app for Android or iOS.