Under the captaincy of MS Dhoni, India defeated Pakistan by five runs to win the T20 World Cup on this day in 2007. 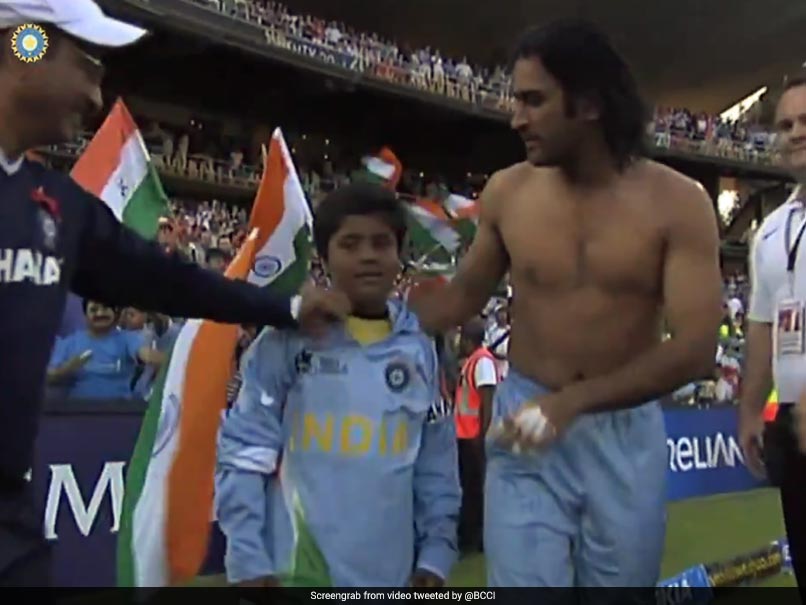 MS Dhoni is currently on a break from cricket.© Twitter

MS Dhoni led India to the title triumph in the inaugural edition of the ICC T20 World Cup on this day in 2007. The Board of Control for Cricket in India (BCCI) on Tuesday shared a flashback video of India's five-run win over arch-rivals Pakistan in the summit clash in Johannesburg. "This day, in 2007 #TeamIndia were crowned World T20 Champions," the BCCI captioned the video on Twitter. The 16-second-long video left fans nostalgic and they thanked former India captain MS Dhoni by sharing his memorable pictures and videos from the tournament. Four years after the success in the shortest format, MS Dhoni led India to their second 50-over World Cup title in 2011.

This day, in #TeamIndia were crowned World T20 Champions pic.twitter.com/o7gUrTF8XN

After opting to bat, India rode on an impressive 75-run knock by Gautam Gambhir to post 157/5 in their allotted 20 overs.

While chasing a competitive total, Pakistan lost wickets at regular intervals but middle-order batsman Misbah-ul-Haq kept their hopes alive until the final over.

In the final over, Pakistan needed 13 runs. Captain Dhoni handed the ball to Joginder Sharma, only to get Misbah, who mistimed a scoop shot over short fine-leg, where Sreesanth took the match-winning catch.

Fans flooded the BCCI's post with thank you notes for Dhoni, Sreesanth and the rest of the team members who lifted the World Cup.

& a boy from Ranchi went on to become a legend from just a boy with long hair from a small town rumoured to be drinking 2ltrs milk everyday.

Along with the Indian cricket team , Dhoni's journey to become a legend has been the most remarkable thing to witness

Start Of Undisputed Era Of MSDhoni

Having retired from Test cricket in 2014, Dhoni is currently on a break from cricket since the World Cup 2019. He missed the West Indies tour and a home series against South Africa.

According to reports, Dhoni will be available to play for India only in December when the West Indies tour the country for three T20 Internationals and as many ODIs. The series is scheduled to start on December 6.

MS Dhoni Sreesanth Cricket BCCI
Get the latest updates on ICC Women's Cricket World Cup 2022 and IPL 2022, check out the Schedule , Live Score and IPL Points Table. Like us on Facebook or follow us on Twitter for more sports updates. You can also download the NDTV Cricket app for Android or iOS.