Joginder Sharma, who bowled India to victory in the 2007 T20 World Cup final against Pakistan, is suddenly making headlines again. 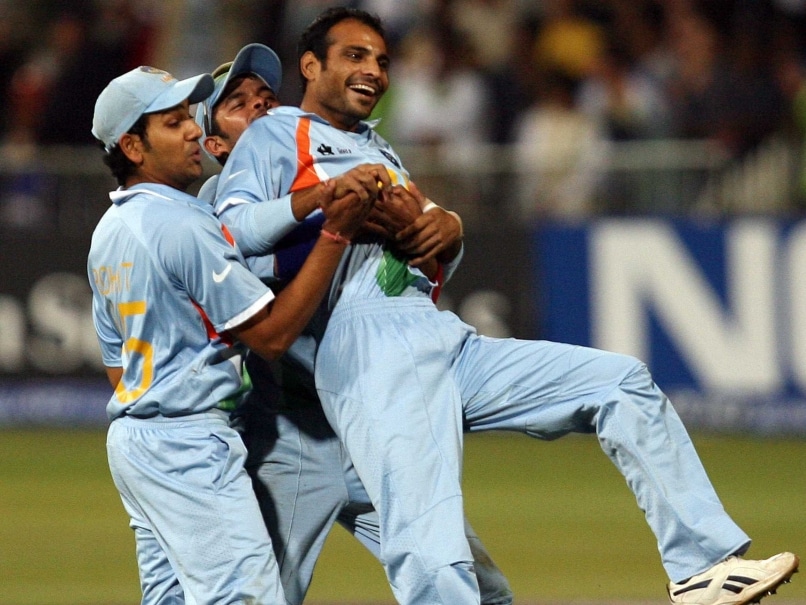 Joginder Sharma, who was the star of the 2007 World Twenty20 final against Pakistan, is now a DSP for Haryana Police.© AFP

Joginder Sharma is suddenly winning a lot of media spotlight. Probably he is the right man to be spoken about when Pakistan are dilly-dallying on their Indian tour for the T20 World Cup that got under way on Tuesday. Joginder Sharma bowled India to victory in the inaugural edition of the 2007 T20 World Cup in South Africa.

On the strength of his domestic performance, Joginder Sharma clinched a spot in MS Dhoni's Team India for the 2007 T20 World Cup. Dhoni used him well, as a shock bowler unknown to the world's best limited overs batsmen.

Joginder bowled the final over of the semifinal against Australia. His two wickets, with Aussies needing 22 to win, swung the match in India's favour. Dhoni's team won by 15 runs to set up the dream final against arch-rivals Pakistan.

History will remember rather unheralded Joginder Sharma for bowling a sensational last over against Pakistan. Dhoni's gamble to let the Haryana medium pace bowl the last over proved to be a masterstroke. September 24, 2007 in Johannesburg was a Red Letter Day in Joginder Sharma's life.

Chasing India's 157, Pakistan, nine wickets down, needed 13 to win in the last over. Joginder was full of nerves. A wide, an almost wide and a full toss that went for a six, Joginder was giving it all away till Misbah-ul-Haq played a suicidal scoop and Sreesanth held the catch of his life at fine leg. India won by five runs with three balls to spare.

While Dhoni's life as a cricketer rose, Joginder soon lost his place in the Indian team and faded into international oblivion. For his contribution to the Indian cricket team, the Haryana government awarded him Rs 21 lakh and gave him a job with Haryana Police.

Joginder Sharma once again made the headlines when he was seriously injured in a road accident in Dwarka (south Delhi) in November 2011. It almost ruined his cricket career. But Joginder Singh made a sensational comeback to domestic cricket.

"After the injury I was in the hospital for 10-11 days and another 3-4 days in ICU. That was followed by 3-4 months' bed rest. After nine months I met the physio. It all seemed tough, in fact the first 4-5 months were the toughest of my life and I don't want to remember that," Joginder said after he made his return to Ranji Trophy in October 2013.

Joginder took a five-wicket haul for Haryana in their Ranji opener against Mumbai in Lahli. His medium pace continued to trouble batsmen but he never played for India again.

Now a DSP in Haryana Police, Joginder remains a cricket hero for India. Will Dhoni find a new bowling star in this edition of the T20 World Cup? India are scheduled to Pakistan in Kolkata on March 19.

Comments
Topics mentioned in this article
India Cricket Team Pakistan Cricket Team World T20, 2016 Joginder Sharma Cricket
Get the latest updates on ICC Women's Cricket World Cup 2022 and IPL 2022, check out the Schedule , Live Score and IPL Points Table. Like us on Facebook or follow us on Twitter for more sports updates. You can also download the NDTV Cricket app for Android or iOS.