Vijender Singh's trainer Lee Beard said that the game plan was to control the fight in first 2-3 rounds. 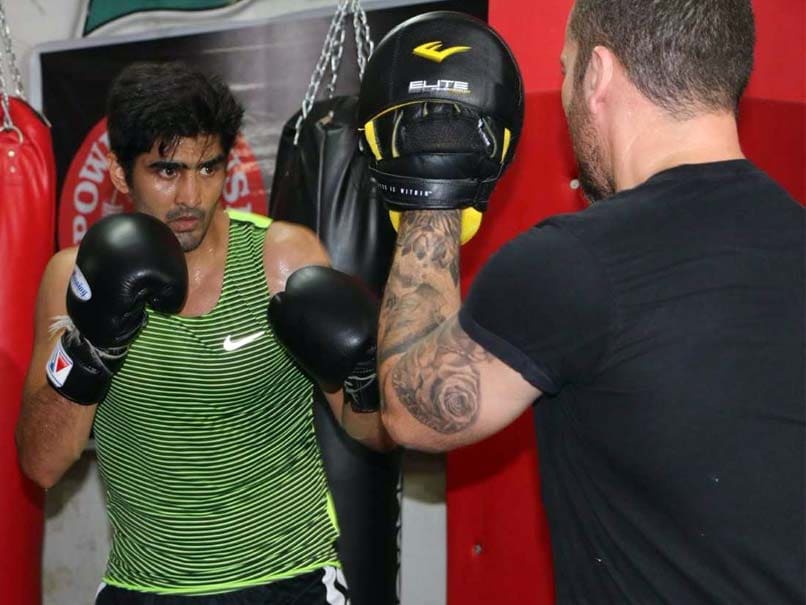 Ahead of Indian knockout king Vijender Singh's double title defence at the 'Rajasthan Rumble' against Ernest Amuzu, the African middleweight champion from Ghana, at Sawai Man Singh Stadium in Jaipur on December 23, Vijender's trainer Lee Beard is confident that the Indian will register a knockout win against his opponent. As the day of the fight approaches, Beard is satisfied with Vijender's training. Beard also said that the Indian's training session is increasing by the day. On the other hand, Amuzu is leaving no stone unturned to beat his opponent.

"He is training very hard in India from the last sometime, he has been sparring 10-12 rounds daily with 3-4 different guys and also putting the strength and condition to work hard also," Beard said. "We know about the opponent, and we have been working on the technical part of the game planning. We have run a few tests on him and he looks in good shape for the fight."

Commenting on Amuzu, Beard said, "You know Ernest Amuzu has got a good record, and he is strong fighter who has played a lot of fights but Vijender is an amazing boxer and always focused on the strategies planned by us. Vijender has boxed off many tough fighters who have had different style of boxing, but southpaw is bit more difficult to fight and he has fought less opponents of southpaw.

"But he is good at every technical style boxing. This is a fight which he should be able to control easily enough with his jabbing and boxing abilities, it's just he's been in the ring many times with fighters similar to Amuzu, so this should not oppose to many difficulties to adjust from southpaw to orthodox because he has done too many times in his career over the years," asserted Beard.

"Vijender is much more gifted than Amuzu, it's not about what Amuzu is going bring for him, he just has to put a good show and perform his best when gets in that ring that'll be enough for him. And as long he will perform and sticks to the game plan that we have set on he should be able to control able to the control first few rounds," Beard further added.