Will Knock Ernest Amuzu Out In The Early Rounds: Vijender Singh

Vijender Singh was last seen in action in August when he defeated China's No.1 boxer Zulpikar Maimaitiali to claim the WBO Oriental title. 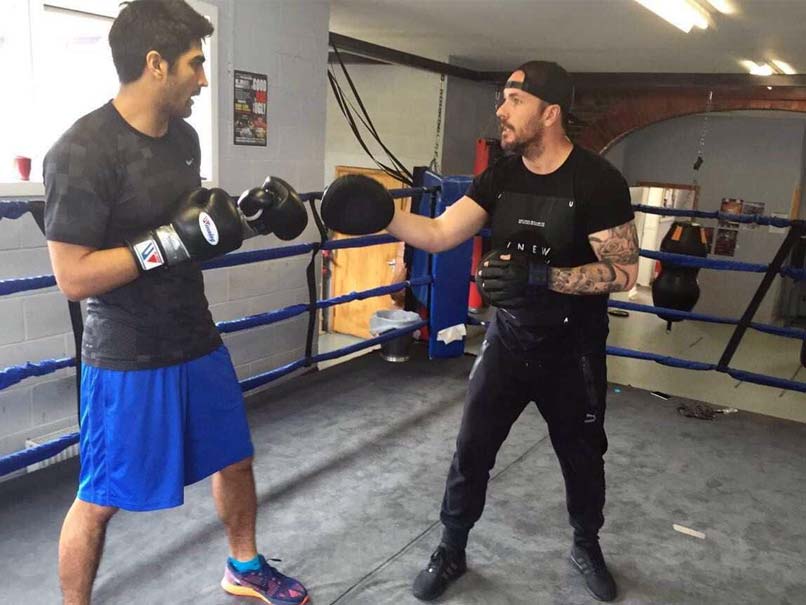 Indian boxing star Vijender Singh will be gunning for a 10th straight him when he takes on African Champion Ernest Amuzu of Ghana in a double title defence in Jaipur on December 23. Vijender, who is the WBO Asia Pacific and WBO Oriental Super Middleweight Champion, has said he will be aiming to knock his opponent in the early rounds. The 32-year-old Indian currently holds a 9 -0 record with seven knockout wins out of which six wins were recorded abroad and three in India. This will be his fourth bout in India and Vijender will be fired up to put on another great show for the home crowd.

Vijender was last seen in action in August when he defeated China's No.1 boxer Zulpikar Maimaitiali to claim the WBO Oriental title.

With an aim to make it 10-0 in pro boxing, the Indian sensation is training hard and warned his rival to not take him lightly.

"My trainers Lee Beard and John Joyce are in India and we have watched videos of Ernest, my previous opponent was SouthPaw and now Ernest is Orthodox so I have worked alot on changing my technique according to this opponent," Vijender, who had won a bronze at Beijing Olympics, said.

Amuzu enjoys a record of 23 wins (21 knockouts) and two losses from 25 fights.

"My coaches have worked out strategies against him in the ring. I am almost prepared for this fight. I know Ernest is experienced than me in professional boxing with 25 fights and 23 wins but my amateur experience always helps me when I face opponents in the pro boxing ring.

"I think he should not take me lightly in the ring, I will knock him out in the early rounds. This will be my last fight of 2017 and I would like to end my year on a winning note that too with a knockout win," he added.

With just a week to go to the mega-event, Amuzu had said that he will take great delight in handing Vijender his first loss and leave him beaten and broken at the Sawai Mansingh Indoor Stadium.

Reacting to his opponent's threat, Vijender said, "I know this is a mind game and before this all my nine opponents have tried same strategy but I am always focussed on my training". "Let Ernest do this trash talk, but I am working hard doing 10 rounds of sparring daily with different boxers."