Mary Kom is aiming for her record sixth gold medal at the AIBA Women's World Championships. 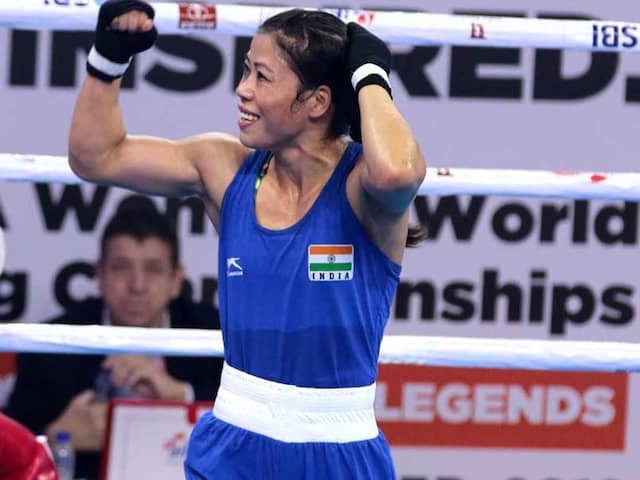 Mary Kom will be up against North Korea's Kim Hyang Mi.© BFI

Five-time world champion MC Mary Kom and Lovlina Borgohain will fight their respective semi-final bouts of the AIBA Women's World Championships on Thursday. Mary Kom will be up against North Korea's Kim Hyang Mi in the women's 48 kg light flyweight category. The Indian had beaten Kim in her last meeting at the Asian Championships and will look forward to remaining dominant with her. Mary Kom, who is aiming for a record sixth gold medal at the Championships, won gold in 2002, 2005, 2006, 2008, 2010. Apart from that, she has won a silver medal on her debut in 2001.

Talking about her semi-final bout, Mary Kom said, "I am confident. I also know when to drop guard and when to attack. I have worked with the coaches and have a plan in place to counter her."

Lovlina Borgohain will be competing in the women's 69 kg welterweight category and she will face Chinese Taipei's Chen Nien-Chin.

Ahead of the crucial bout against her Chinese Taipei opponent, the Indian boxer said, "I was inexperienced last time when I took on her. But I now know how to tackle her. I did watch some of the video clips to know her style of boxing."

The two other Indians in the fray are Sonia (57 kg) and Simranjit Kaur (64 kg) who will have their semis bout on Friday.

Both Sonia and Simranjit said they were prepared for Friday's bout.

"I have beaten my North Korean opponent (Jo Son Hwa) once before. But both of us know about each other's style, but I am confident of winning because I have worked with the coaches on strategies," said Sonia.

As for Simranjit, she said she was equally prepared before she went for the practice.

"I have worked hard and am prepared well for my bout," she said.