Pinki Rani, Sonia and Simranjit Kaur notched up victories in their respective bouts to enter the pre-quarterfinals of AIBA Women's World Championships. 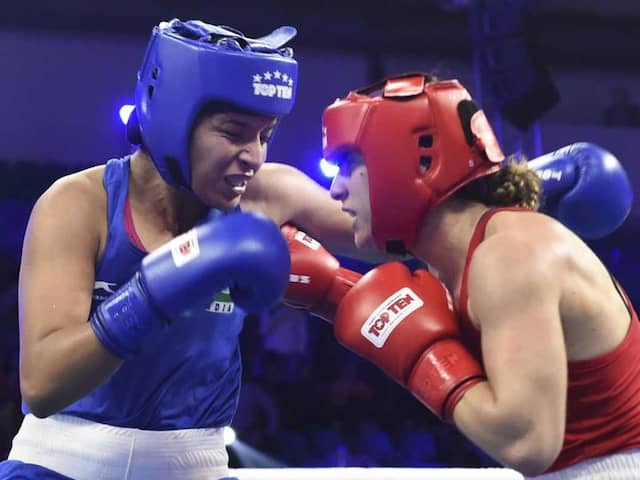 Hosts India kept its all-win record intact on the third day of the AIBA Women's World Boxing Championships with Pinki Rani, Sonia and Simranjit Kaur notching up victories in their respective bouts to enter the pre-quarterfinals on Saturday. Sonia, a farmer's daughter from Haryana, secured a unanimous 5-0 win in 57kg category before seasoned campaigner Pinki (51kg) and Simranjit (64kg), who was fighting a bout after the death of her father in July, scored identical 4-1 wins to maintain a clean slate for the host country.

On Friday, Sarita Devi (60kg) and Manish Moun (54kg) had won their respctive bouts to enter the pre-quarterfinals.

On Sunday, five Indians, including five-time world champion MC Mary Kom, will take the field. The 35-year-old Mary Kom, who got a first round bye, will beginning her campaign against Aigerim Kessenayeva of Kazakhstan in 48kg.

Sonia was the first Indian to take the field and the 21-year-old used her "defensive" style to good effect to emerge winner in an unanimous 5-0 verdict against Doaa Toujani of Morocco. It was a close bout with all the five judges giving 10-9 points in all the three rounds to either boxers. Toujani got only one favourable decision from a judge in the second round as Sonia won 29-28 30-27 30-27 30-27 30-27.

This was Sonia's first major international event having risen to senior level by winning a gold in the National Championships in 2016. Last year, she won a gold in the Serbia Cup. She won a bronze in the Ahmet Comert Boxing Tournament this year.

Sonia began with an open guard inviting the Morocco pugilist to take the initiative. The rookie Indian managed to land a couple of left jabs and a straight during the first round which looked a close one.

Sonia continued with her left jabs, trying to land on the real scoring areas of her opponent using her unconventional methods, especially with the right. The experienced Moroccan, too, changed her strategy and lowered the guard more out of frustration than anything else. Though she did manage a few blows, she struggled to connect her punches.

But the third round proved to be decisive when the Indian landed a right, then a combination of right-left and a left jab, even as both pugilists went attacking. In the pre-quarters, Sonia, who got a first round bye, faces 2014 World Championships gold medallist Stanimira Petrova of Bulgaria on Monday.

"I began boxing in 2011 (at the school level) and this is my first major international event and I am happy to win this bout. It was a tough fight. My style is basically defensive and I stuck to it. My coaches told me to play from a distance, draw her in and punch. That I did," Sonia said after her bout.

"I knew I had to maintain my distance and go close only to find openings. I was successful on a few occasions in the first two rounds. But in the third, I went attacking and used my combination punches."    Sonia's opponent Toujani, who had beaten Somalian Ramla Ali in the first round, was in tears after losing the bout, but said she had no issues with the result.    "I had a good fight and I am happy to have competed at this stage. I have no issues with the result," she said through an interpreter.

The next up for India was Pinki and the 28-year-old boxer from Hisar in Haryana beat Armenia's 2014 youth World Champion Anush Grigoryan 4-1 (30-27 30-27 30-27 30-27 30-27) on points. Pinki is a seasoned campaigner who began the sport in 2006. This year, she won gold in India Open and a silver in Ahmet Comert tournament. She now now faces Alice Jones of England in the pre-quarterfinals on Monday.

"I am an aggressive player but in the first round, I observed my opponent to decide my strategy. My coaches told me that I was playing closer to my opponent. So in the second and third round, I changed my strategy and kept distance. I dodged some of her punches and then returned the punches," she said.

"This is my third World Championships and I have not won a medal yet. This time, I want to make my countrymen happy by winning a medal."

The 23-year-old Simranjit, who won a gold in the Ahmet Comert tournament in Turkey this year, was taking the ring three months after he father passed away and she said she would try hard to win a medal for him.

"My father passed away in July and it was tough for me to be here but it is World Championships. I want to win a medal for him," she said.

"It was a tough fight. After studying her in the first round, the coaches told me not to go very close. But in the third round, I went all out."