World Championships: PV Sindhu Not Happy With Quarters Win, Says Need To Give Best In Semi-Finals

PV Sindhu was down in the dumps after the first game and came back strongly to win a closely fought second game. 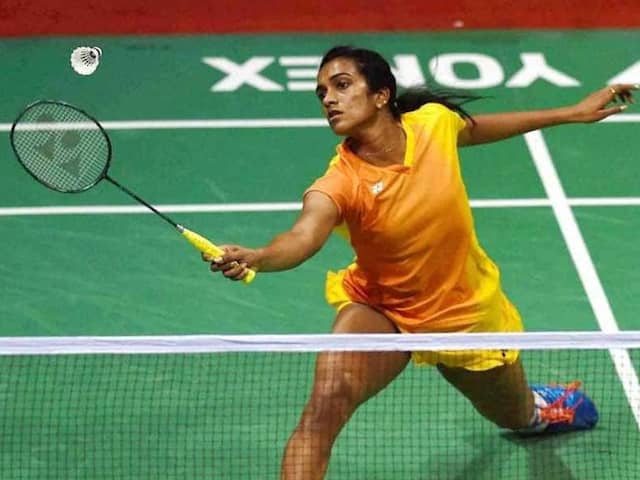 PV Sindhu said that she was not settling for a quarterfinal victory.© AFP

Moments after her stunning quarterfinal victory over World No. 2 Tai Tzu Ying of Chinese Taipei in the BWF World Championships here on Friday, star shuttler PV Sindhu said that she was not settling for this and would want to put in another good show in the last-four clash. "I need to focus and get back for the next game. I am not happy with this win, there is still the semifinal to play for and I hope to give my best," Sindhu said after beating Tai Tzu 12-21, 23-21, 21-19 to storm in the semifinals, thus assuring herself of a fifth medal at the World Championships.

Sindhu was down in the dumps after the first game and came back strongly to win a close second one to keep her hopes alive in the contest. In the decider, she rallied to beat her old nemesis 21-19, showing her appetite for the big stage once again.

"I gave away the lead in the first game. It was hard to comeback. In the second game, we fought till the last point. At 20-20, it was anybody's game," the world No. 5 Rio Olympics silver medallist said.

"I was trailing in the third game but I fought hard," she added.

This was the 15th encounter between the two players with Tai Tzu enjoying a superior record against her, but Sindhu had won their last contest in 2018.

"She is a top player and for me every match is important. She has a different game every time. We have played a lot before so we know each other's game," Sindhu said of her opponent.