PV Sindhu, Saina Nehwal and Kidambi Srikanth won their respective matches in World Championships on Wednesday to advance to the next stage in the tournament. 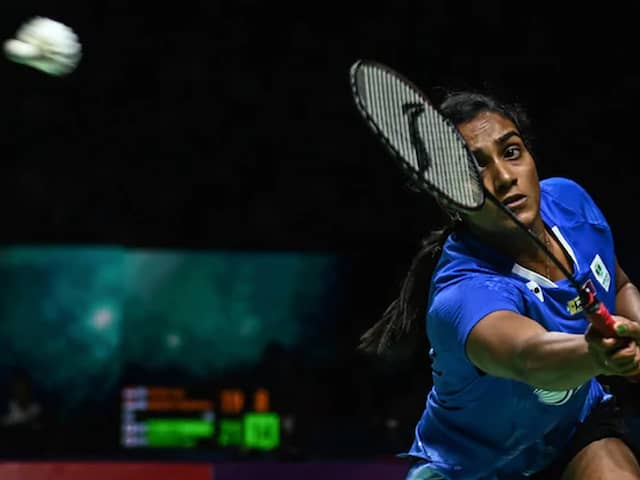 P V Sindhu and Saina Nehwal got off to winning starts in their respective opening matches in the women's second round of the BWF World Championships on Wednesday. The two-time silver medallist, Sindhu outwitted Chinese Taipei's Pai Yu Po 21-14, 21-15 in a contest where she had to work hard for her win. In the other match, Saina Nehwal defeated Soraya de Visch Eijbergen in straight games 21-10, 21-11. In men's category, Kidambi Srikanth beat Misha Zilberman 13-21, 21-13, on Wednesday. Srikanth lost the first game 21-13 but came back strongly to take the next two games and advance to the next stage in the tournament.

Sindhu, who had reached the finals of Indonesia Open last month, looked good in the second round tie after getting a bye in the opening round.

Sindhu will now take on Beiwen Zhang of USA, who defeated Hsuan-Yu Wendy Chen of Australia in straight games 21-14, 21-13.

In the match on Wednesday, Sindhu dominated the first game to take a 11-7 lead at the break and then grab six game points to close it with a cross court return as Pai erred at the backline.

Pai came back to enter the break at 11-10 in the second game due to Sindhu's unforced errors, but the Olympic silver medallist came out stronger after the interval and win 21-14.

Meanwhile, the Indian duo of Jakkapudi Meghana and Poorvisha S Ram lost 8-21, 18-21 to Shiho Tanaka and Koharu Yonemoto of Japan in the women's doubles competition.

Comments
Topics mentioned in this article
PV Sindhu Saina Nehwal Kidambi Srikanth Badminton
Get the latest Cricket news, check out the India cricket schedule, Cricket live score . Like us on Facebook or follow us on Twitter for more sports updates. You can also download the NDTV Cricket app for Android or iOS.