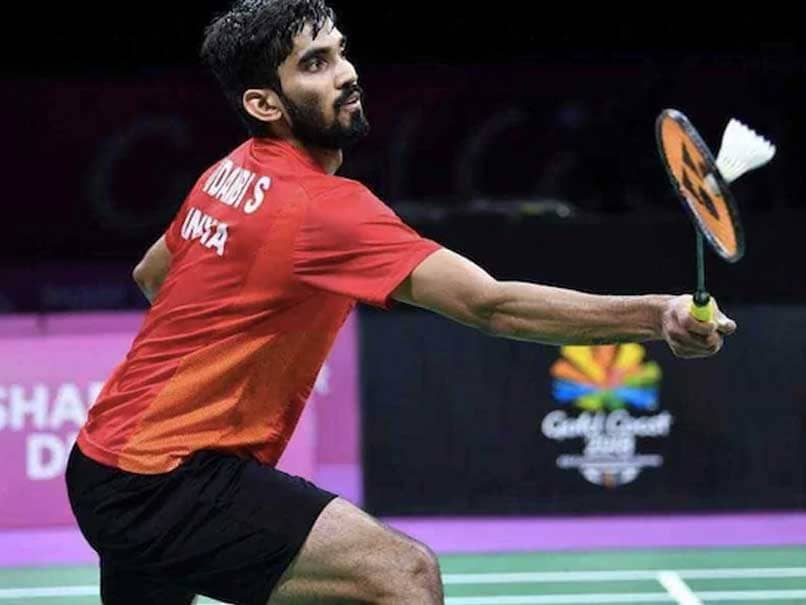 Kidambi Srikanth produced his best performance of the match in the final game.© AFP

Kidambi Srikanth, HS Prannoy and Sai Praneeth won their respective matches in the preliminary round of the World Championships on Monday in Basel, Switzerland to advance to the second round. India's star shuttler Kidambi Srikanth came from behind to beat Ireland's Nhat Nguyen 17-21, 21-16, 21-6 in the first round. Srikanth, after taking an early lead, struggled in the first game, losing momentum and eventually going down by 17-21. Srikanth, however, showed great character in the second game to close the game at 21-16 and take it to the decider. In the decider, Srikanth produced his best performance of the match and clinched the match in an hour and six minutes.

Praneeth, who has been recently nominated for the Arjuna Award, took just 39 minutes to get his campaign off to a flying start. He will now take on the winner of the 1st round match between South Korea's Lee Dong Keun and Australia's Daniel Fan in the second round on Tuesday.

The Indian women's doubles pair of Jakkampudi Meghana and Poorvisha Ram notched up a straight-game win over Diana Corleto and Nikte Alejandra of Guatemala to reach the second round. They won the contest 21-10, 21-18.

Comments
Topics mentioned in this article
Kidambi Srikanth HS Prannoy B. Sai Praneeth Badminton
Get the latest updates on IPL 2021, IPL Points Table , IPL Schedule 2021 , live score . Like us on Facebook or follow us on Twitter for more sports updates. You can also download the NDTV Cricket app for Android or iOS.