Saina Nehwal took to Twitter on Wednesday to share some pictures of her from badminton player Guru Sai Dutt's wedding. 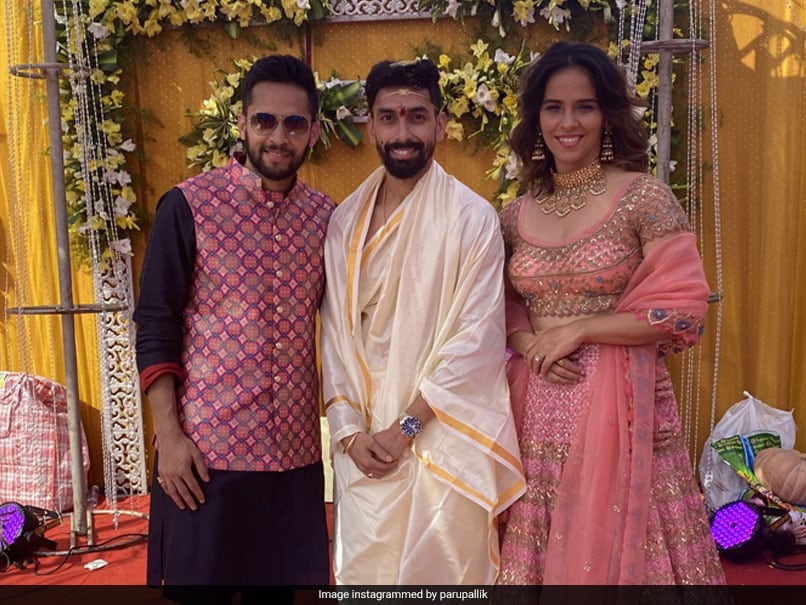 Saina Nehwal recently pulled out of the Denmark Open, with husband Parupalli Kashyap opting for the same.© Twitter

Badminton star Saina Nehwal has been quite active on social media platform Twitter in recent times, posting pictures on different occasions and in several outfits. Saina's most recent uploads on the platform have shown her in different dresses while attending events from badminton player Guru Sai Dutt's wedding like the Sangeet party. The 30-year-old took to Twitter on Wednesday, posting three pictures from Dutt's wedding where she can be seen wearing a glamorous dress for the occasion. "At @GuruSaiDutt1 wedding today," the caption on the tweet read.

The badminton star had recently pulled out of the Denmark Open, with her husband Parupalli Kashyap taking the same decision. "I withdrew from Denmark Open. I decided that I will start the season from January only with the Asian tour," Saina had told PTI.

The 30-year-old had further denied any fitness concerns. "There is no injury issue but if three tournaments were there it would have made sense... I thought directly from January, I can go for the Asian tour," she added.

Kashyap expressed similar reasons, behind his decision to skip the tournament.

"I too feel it is not worth the risk to go all the way for one tournament. It is better to start the season afresh participating in the Asia leg from January," Kashyap stated.

A biopic based on Nehwal's journey starring Parineeti Chopra, is expected to release in theatres in the next three months.

Comments
Topics mentioned in this article
Saina Nehwal Parupalli Kashyap Badminton
Get the latest updates on ICC T20 Worldcup 2022, check out the Schedule and Live Score. Like us on Facebook or follow us on Twitter for more sports updates. You can also download the NDTV Cricket app for Android or iOS.