Saina Nehwal was impressed with Parineeti Chopra's look in her biopic and called the Bollywood actor her lookalike. 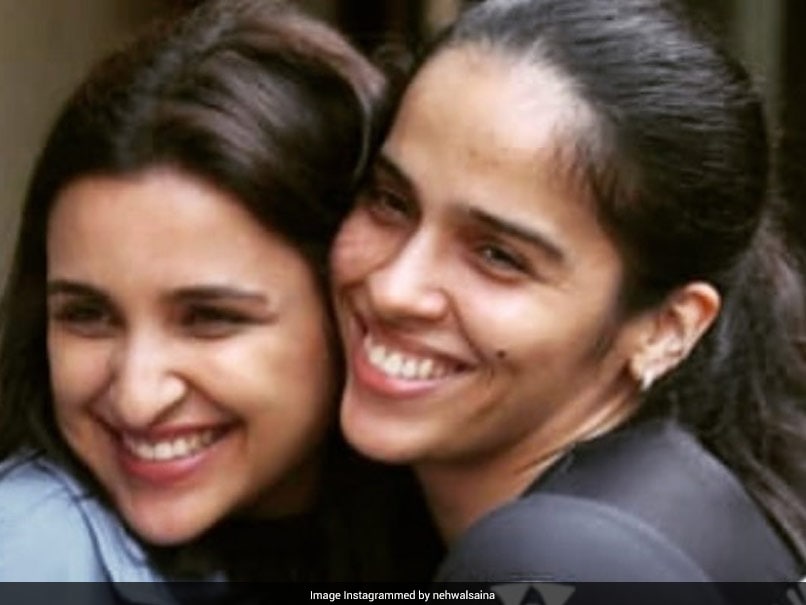 Parineeti Chopra will portray Saina Nehwal on the big screen in the badminton star's biopic.© Instagram

Saina Nehwal, India's badminton star, took to Twitter to share a picture of Bollywood actor Parineeti Chopra's new look from her biopic. Re-tweeting a picture shared by a fan on Twitter, Saina Nehwal called Parineeti Chopra her lookalike. "My lookalike @ParineetiChopra #sainamovie," Saina Nehwal captioned the image. The badminton star recently took social media by storm as she shared pictures from her holidaysin Maldives with husband Parupalli Kashyap. Both Saina Nehwal and her husband had pulled out of the Denmark Open last month.

Nehwal had criticised All England Badminton Championship officialsfor going ahead with the tournament in March despite rising coronavirus cases across the world.

The former world number 1 had blamed the officials of preferring financial gain over health of players.

"Only thing I can think of is that rather than the players welfare n feelings, financial reasons were given more importance," Nehwal, who won bronze at the 2012 London Olympics, had tweeted.

The 30-year-old shuttler is ranked 20 and missed out on the only World Tour event (Denmark Open) that took place this season.

Due to the ongoing coronavirus pandemic, the BWF had postponed all major events after All England Championships in March earlier this year.

The London Olympics bronze-medallist began training in Hyderabad in August after the coronavirus-induced break.

Last month, both Nehwal and Kashyap ruled out any injury concernsand had said that they will begin the next season with the Asian Tour from January.

Comments
Topics mentioned in this article
Saina Nehwal Badminton
Get the latest updates on India vs South Africa and check out  Schedule, Results and Live Score. Like us on Facebook or follow us on Twitter for more sports updates. You can also download the NDTV Cricket app for Android or iOS.