Saina Nehwal and her husband Parupalli Kashyap are holidaying in Maldives. Nehwal shared a candid picture with Kashyap on social media. 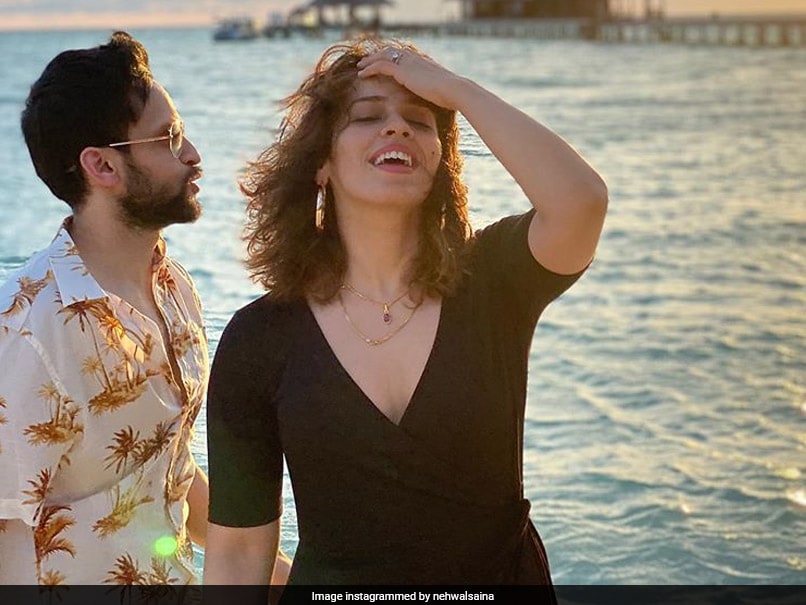 Saina Nehwal and her husband Parupalli Kashyap are holdaying in Maldives.© Saina Nehwal/Instagram

Saina Nehwal and her husband Parupalli Kashyap are holidaying in Maldives. Nehwal posted a picture with Kashyap on social media where the two are seen posing candidly for the camera. Nehwal's Instagram feed has pictures from her trip to Maldives. "Holiday mood totally," she captioned one such post. "Happy holidays," she wrote in another. Both Nehwal and Kashyap had pulled out of Denmark Open earlier this month. "I withdrew from Denmark Open. I decided that I will start the season from January only with the Asian tour," Nehwal had told PTI on October 6.

Nehwal had said she has no fitness concerns. "There is no injury issue but if three tournaments were there it would have made sense... I thought directly from January, I can go for the Asian tour," she said.

"I too feel it is not worth the risk to go all the way for one tournament. It is better to start the season afresh participating in the Asia leg from January," Kashyap had said.

The BWF also cancelled the World Junior Championships that was due to be held in New Zealand due to the COVID-19 pandemic.

The tournament had already been postponed from May 2020 to October and then finally to January 2021.

The BWF secretary-general Thomas Lund that travel restrictions in New Zealand and the quarantine rules related to the pandemic made staging the event "impossible."

Comments
Topics mentioned in this article
Saina Nehwal Parupalli Kashyap Badminton
Get the latest updates on Fifa Worldcup 2022 and check out  Fifa World Cup Schedule, Stats and Live Cricket Score. Like us on Facebook or follow us on Twitter for more sports updates. You can also download the NDTV Cricket app for Android or iOS.