It Is Important For Players To Get Used To Scheduling: Pullela Gopichand

Saina Nehwal's coach Vimal Kumar's had held the TV scheduling responsible for her poor recovery for the semi-finals. 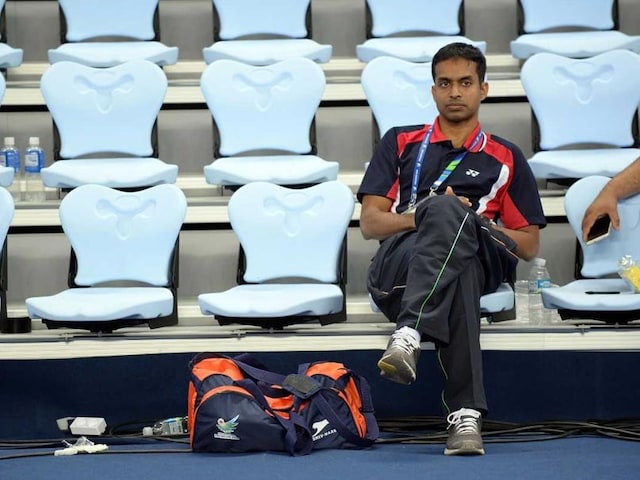 Pullela Gopichand believes that it is important to get used to the scheduling.© AFP

Chief national badminton coach Pullela Gopichand, on Tuesday said the scheduling of matches at the 2017 Badminton World Championships was a little bit of an issue but it was important for players and coaches to get used to it. Gopichand further added that Indian television and the local crowds dictate the matches which in turn affect the players as it was a compromise which needed to be done. Gopichand went on to remark that sometimes players are at the wrong end and these things affect a long matched where they need extra energy.

Commenting on the scheduling issue which cropped up shortly after the championships ended, Gopichand said, "In a way, yes (it was an issue). But sometimes you are at the wrong end. Her (PV Sindhu) semi-finals were in the night session on Saturday and it was almost 1-1.30 by the time she slept and then next day the final was in the morning. Sometimes, these small things affect a long match where you need extra energy."

The chief national coach believes that it is important to get used to the scheduling.

"Not an excuse, it happens, it is just important that we get used to it. Yes, I would think, there were three, four matches which could have been scheduled better," Gopichand said.

After Saina Nehwal finished with a bronze medal at the World Championships, her coach Vimal Kumar held the technical officials responsible for the wrong scheduling of the matches.

"I feel sad for Saina. She didn't get enough time to recover for the semifinal match. She had a late quarter-final match and then she had to play in the morning. I think the overall scheduling was a problem," Vimal Kumar had told PTI.

"It's a compromise which needs to be done and sometimes we are affected," he added.

"Scheduling shouldn't be dictated by TV. I will hold the technical official responsible for this. They should ensure that players get enough time to recover. This is an issue and it needs to be taken up with the officials. Even Chen Long and Kidambi Srikanth had late matches and had to play in the morning. It is the World Championship and it can't be compared with any other tournament.

"For big events such as World Championship, Olympics, it is important to have perfect scheduling," he had stressed.