A former world no.1 Kidambi Srikanth blew two game points in the second game to lose 7-21, 20-22 to Axelsen in the men's singles summit clash. 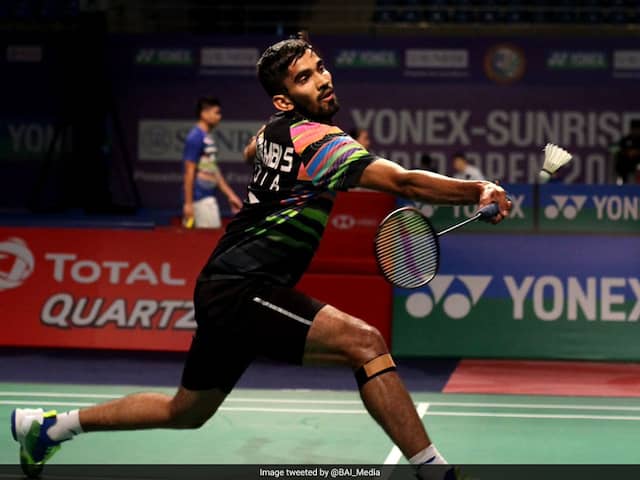 Former champion Kidambi Srikanth's hope of snapping a long title draught came crashing down after he went down in straight games to former world champion Viktor Axelsen of Denmark at the India Open 2019 in New Delhi on Sunday. A former world no. 1 Srikanth blew two game points in the second game to lose 7-21, 20-22 to Axelsen in the men's singles summit clash. It was the Indian's first final in a BWF world tour event in 17 months. He had last won a title at the 2017 French Open.

The final started as a close affair with Srikanth and Axelsen splitting the initial 10 points but a series of unforced errors from the Indian allowed the Danish player to move ahead as he unleashed a smash to seal an 11-7 advantage at the break.

Srikanth failed to engage his rival in rallies with Axelsen punishing any weak return. The Indian's backhand was particularly weak and he lost a lot of points there. Axelsen eventually took the opening game when Srikanth went long.

After the change of sides, Srikanth conceded a 1-5 lead to his opponent early on. The Indian took the next three points but Axelsen was always a step ahead.

Srikanth's lifts went long and he also made wrong line calls, enabling Axelsen to grab a 11-9 lead at the break. A fighting Srikanth, however, clawed back at 12-12 and went to the lead at 14-13 after Axelsen smashed wide.

Another smash helped Srikanth grab two game points. He lost both with a wide return and after failing to connect a shot. A net dribble gave Axelsen one match point and he sealed it with a precise return.

Comments
Topics mentioned in this article
Kidambi Srikanth Viktor Axelsen Badminton
Get the latest Cricket news, check out the India cricket schedule, Cricket live score . Like us on Facebook or follow us on Twitter for more sports updates. You can also download the NDTV Cricket app for Android or iOS.