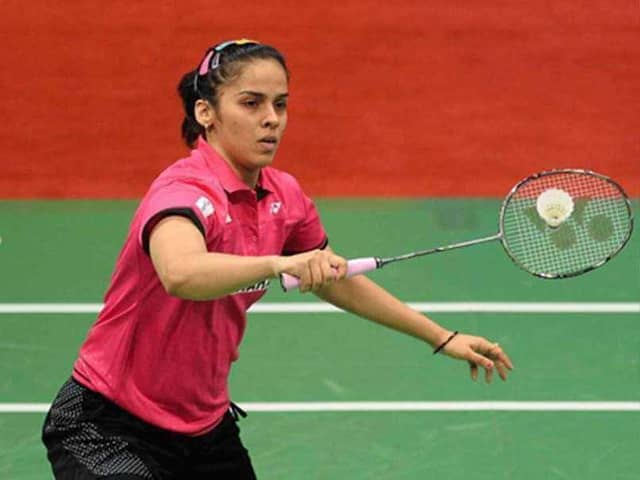 Saina Nehwal continued her winless run against Chinese Taipei's Tai Tzu Ying as she lost 13-21, 21-13 and 6-21 in the Denmark Open final on Sunday. The match, which went into the decider, saw Nehwal being dominated by old rival Tai Tzu, whom she had last defeated in 2013. Since then, Tai Tzu has been victorious in the last 10 matches between the two. This year, world number 10 Saina has lost all her four matches against Tai Tzu, the last being the semi-final clash in the Asian Games in Jakarta in August.

The Indian had come out second best four times earlier this year -- Indonesia Masters, All England Championships, Badminton Asia Championships and in the Jakarta Asian Games.

The top seed Taipei player meant business from the start as she dictated the pace in the first game to race to a 6-1 lead.

Saina looked indecisive but debatable poor line calls also cost her dearly. Tzu Ying on the other hand, was at her clinical best as she engaged Saina in long rallies to tire her out.

The Chinese Taipei shuttler never let the Indian opponent take the lead even once in the opening game as she led 11-6 and continued to maintain the upper hand. She pocketed the first game in mere 15 minutes.

But the world no. 10 Indian, who was unseeded here, was in no mood to give up without a fight and came out all guns blazing in the second game. Saina's ploy to adopt an attacking approach worked wonders as she completely dominated the second game.

Inspiration and tips from her fiancee Parupalli Kashyap at the end of the first game also motivated Saina who was at her fiery best in the second game.

Riding on her booming cross court smashes and some indecision from Tzu Ying, Saina led 11-5 at the break and then went on to win the game 21-13 to draw parity.

But the Indian failed to continue with the momentum in the decider as her legs gave up in the wake of an intense match. Tzu Ying curtailed her mistakes and once again engaged Saina in long rallies which drained out the Indian.

Unforced errors returned to haunt Saina in the third game as she was guilty of finding the net and hitting wide on numerous occasions. Once Tzu Ying took a seven point lead at 9-2 it was always going to be difficult for Saina to comeback.

On Saturday, Saina had made it to the final after beating Gregoria Mariska 21-11, 21-12 in the semi-final on Saturday. In a match that barely lasted 30 minutes, Nehwal dominated Mariska with utmost ease.

Earlier in the tournament, men's defending champion Kidambi Srikanth was knocked after losing 16-21, 12-21 in 44 minutes to world no 1 Kento Momota in 44 minutes.