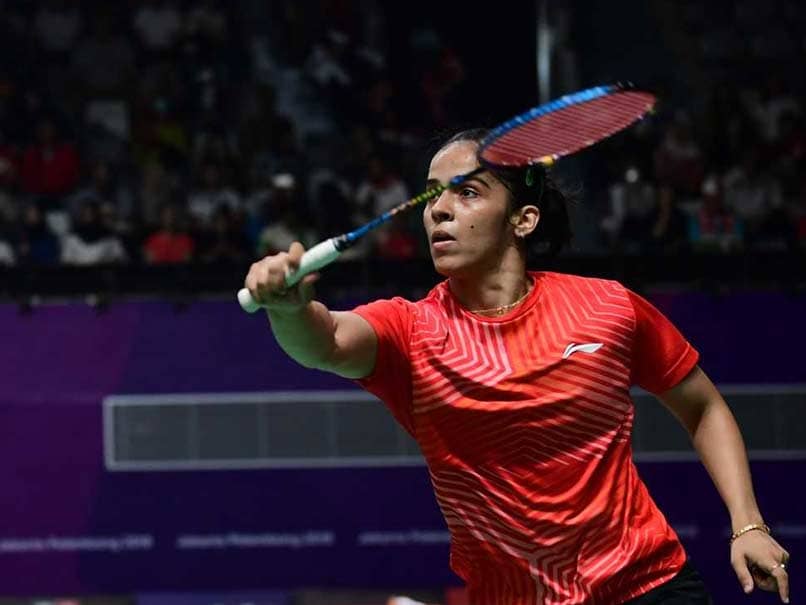 A valiant Saina Nehwal went down fighting to world number one Tai Tzu Ying in the 2018 Denmark Open final match on Sunday. Saina Nehwal lost 13-21, 21-13, 6-21 to her Chinese Taipei opponent in a match that lasted almost for an hour. Tai Tzu Ying continued her dominance over Saina Nehwal as the latter's winless record continued. Her head-to-head record against Tai Tzu Ying stands at 6-12 now. Saina last defeated Tai Tzu in 2013. This year, world number 10 Saina has lost all her four matches against Tai Tzu before this final, the last being the semifinal clash in the Asian Games in Jakarta in August. The first game saw Tai Tzu convincingly beat Saina 21-13. Saina could not fathom what went wrong in the first game as Tai Tzu maintained her dominance over her Indian opponent. The second game saw Saina fightback with a solid display and won it 21-13 to take the match into the deciding game. The third and final game saw Saina devoid of any ideas and was completely outclassed 6-21 by Tai Tzu.

16:16 IST: This is unbelievable stuff. This has to be the longest rally and Saina Nehwal wins it. Saina Nehwal 18-11 Tai Tzy Ying

16:07 IST: What a smash. Saina Nehwal is all fired up in this second game. Chants of Bharat Mata ki jai reverberates inside the stadium after Saina Nehwal won that point. At the mid-break of the second game, Saina Nehwal leads Tai Tzy Ying 11-5

16:02 IST: Saina is dominating the second game. She has to win this game. She looks more attentive now than in the first game. 41 shots rally between these two. The longest for today. Saina Nehwal 4-2 Tai Tzy Ying

15:52 IST: Brilliant smash there by Saina. She gets her point. Tai Tzu Ying leads Saina Nehwal 15-11

15:50 IST: Saina Nehwal is clawing back into this game. Despite her opponent's advantage, Saina is reducing the deficit now. Tai Tzu Ying leads Saina Nehwal 13-8

15:43 IST: Tai Tzu Ying leads 4-1 at the moment in the first game. A slight lapse in concentration costs Saina Nehwal early on.

15:35 IST: Saina Nehwal last defeated Tai Tzu in 2013 and since then the Chinese Taipei shuttler has been victorious in the last 10 matches. Can Saina Nehwal stage an upset or will Tai Tzu Ying continue her dominance over her Indian opponent?

15:30 IST: So we are here with the summit clash. The much-awaited clash is about to begin.

14:45 IST: Hello and welcome to the live match updates from the final of the Denmark Open between Saina Nehwal and Tai Tzu Ying

In the semifinal match against Tunjung, it was, however, a cakewalk for Saina as she completely dominated from start to finish in both the games. With Parupalli Kashyap, with whom she is getting married later this year, cheering her at the corner of the court, Saina reeled off easy points one after the other with her Indonesian rival not giving much resistance.

Saina was 10-4 ahead in no time and extended the lead to 17-8 before pocketing the first game in just 13 minutes. Tunjung gave a semblance of a fight in the second game which lasted a bit longer than the first.

Earlier today, defending champion Kidambi Srikanth was knocked out of the Denmark Open 2018 after losing 16-21, 12-21 in 44 minutes to world no 1 Kento Momota in 44 minutes. The first game started on an even note before Momota took a slender 11-10 lead at mid-break and then went on to win the game 21-16.

Comments
Topics mentioned in this article
Saina Nehwal Badminton
Get the latest updates on India vs Australia Series, check out the India vs Australia Schedule for 2020-21 and Ind vs Aus live score . Like us on Facebook or follow us on Twitter for more sports updates. You can also download the NDTV Cricket app for Android or iOS.