Carolina Marin Pulls Out Of World Championships Due To Knee Injury

Carolina Marin will be missing out on the World Championships to allow her injured knee more time to heal ahead of the 2020 Olympics. 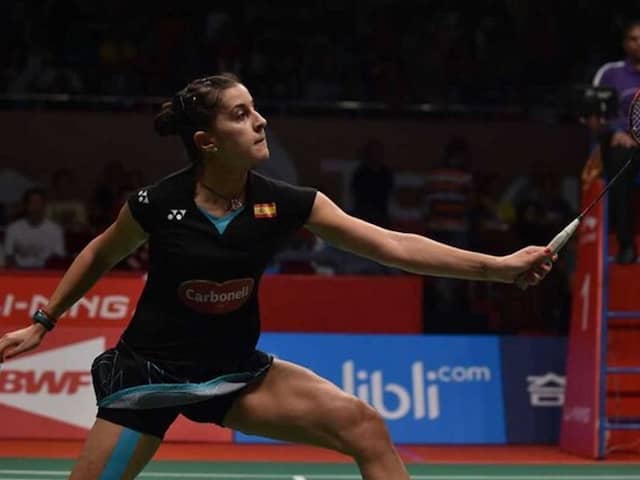 We won't go to the World Championships, but the return is soon #Basel2019 pic.twitter.com/JnQCraB6Ez

Defending champion Marin had ruptured the anterior cruciate ligament in her right knee while competing in the Indonesian Masters final on January 26 and has since been sidelined from competition.

She underwent knee surgery on January 29 and had accepted the initial invitation to play in the World Championships to be held in Basel from August 19-25.

Marin would be replaced by Thailand's Nitchaon Jindapol in the tournament.

Kidambi Srikanth, Sameer Verma and B Sai Praneeth are the other three Indians who will be participating in the men's singles event at the championships.