Marin suffered an injury during the first game of the Indonesia Masters final. 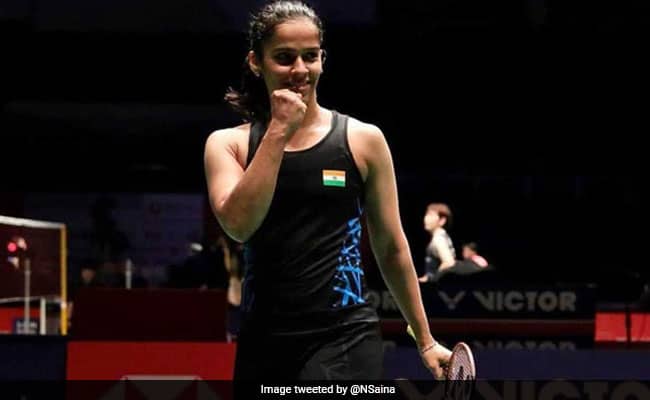 Saina Nehwal clinched the Indonesia Masters title as Carolina Marin retired hurt during the first game of the final on Sunday. At the time of injury, Marin was leading 10-4. Marin had suffered an injury in her right thigh, which exaggerated to a point where she had to leave the contest midway.

On Saturday, Saina Nehwal had overcome a stern test to beat China's He Bingjiao 18-21, 21-12, 21-18 to enter the women's singles final. The eighth-seeded Saina Nehwal lost the first game before she came from behind to take the match in 58 minutes. The 28-year-old from Hyderabad had also reached the finals in the last edition.

"It is important year for all of us. This was not good at all. She is a tough competitor, she started off well and it is unfortunate what happened today," said Saina, who last won a BWF title in 2017 in Malaysia.    It is a creditable performance for the Indian, who had suffered a shin injury late last year.

"I just came out of injury. I played this events to see how good is this. and I'm happy I could play the semifinals at Malaysia and final here. Looking forward to get back to shape and play next tournament," she said.

"I have been getting injured in the last few years. I always try to come back stronger, there is no secret. I want to thank physios and coaches who are supporting me a lot." Saina had won a gold medal at the 2018 Commonwealth Games, a bronze at the Asian Games, besides reaching finals at the Denmark, Indonesia Masters and Syed Modi International.

Comments
Topics mentioned in this article
Saina Nehwal Carolina Marin Badminton
Get the latest updates on IPL 2020, check out the IPL Schedule for 2020 and Indian Premier League (IPL) Cricket live score . Like us on Facebook or follow us on Twitter for more sports updates. You can also download the NDTV Cricket app for Android or iOS.