Saina Nehwal defeated Aliye Demirbag of Turkey in straight games to enter the third round. 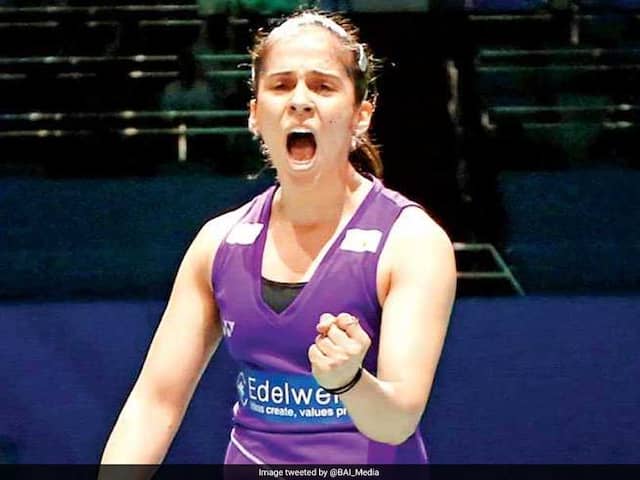 Saina Nehwal and Kidambi Srikanth defeated their respective counter-part to advance in the Badminton World Championship 2018 on Tuesday. Nehwal defeated Aliye Demirbag of Turkey in straight games to enter the third round of the women's singles category while Srikanth outclassed unseeded Nhat Nguyen from Ireland in straight games to enter the second round. Saina fought off a brave effort from her Turkish opponent to cruise to a 21-17, 21-18 victory in just 39 minutes.

The Hyderabad-based Indian is expected to face a tougher challenge in the next round where she will meet an experienced opponent in fourth seed Ratchanok Intanon of Indonesia.

Ratchanok staged a strong comeback to win a tough encounter against the impressive Mia Blichfeldt of Denmark.

Srikanth looked the better of the two shuttlers from the onset, but the Irish showed some resilience to take a slender lead in the first game before Srikanth came from behind to close it with ease.

Where as, the second game started neck-and-neck and remained the same before Srikanth converted his mid-game interval lead to go on and clinch the match.