Saina Nehwal will face Olympic champion Carolina Marin in the quarters while PV Sindhu will be up against Nozomi Okuhara. 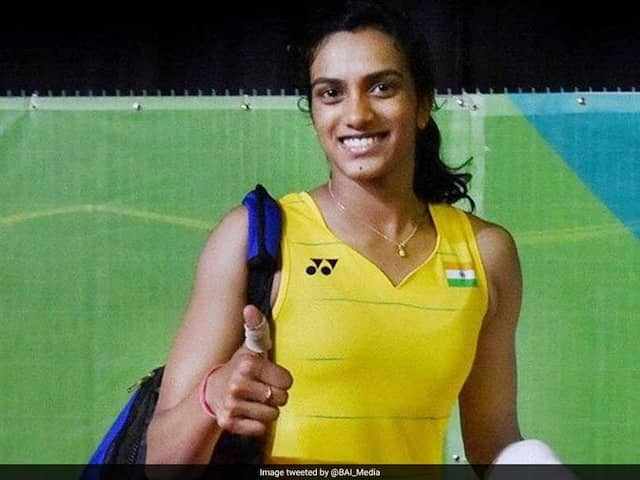 India's PV Sindhu, Saina Nehwal and Sai Praneeth advanced to the quarter-finals of the BWF Badminton World Championships 2018 on Thursday. Saina Nehwal defeated Ratchanok Intanon of Thailand in straight games to become the first-ever women's singles player to reach an eight consecutive quarter-finals at the World Championships. Saina defeated her opponent 21-16, 21-19 in 47 minutes. Sindhu, on the other hand, continued her fine form as she breezed past Sung Ji Hyun of South Korea 21-10, 21-18 in a match that lasted 42 minutes. Saina will face Olympic champion Carolina Marin in the quarters while Sindhu will be up against Nozomi Okuhara.

However, it was not a good day for World No.6 Kidambi Srikanth as he suffered a shock defeat at the hands of Daren Liew of Malaysia to make a premature exit. The Indian shuttler lost 18-21, 18-21 in a match that lasted 41 minutes.

In the mixed doubles event, the pair of Satwiksairaj Rankireddy and Ashwini Ponnappa beat the Malaysian pair of Goh Soon Huat and Shevon Jemie Lai 20-22 21-14 21-6 in 59 minutes.

The Indian mixed double pair will face the Chinese pair of Zheng Siwei and Chnhuang Yaqiong in the last eight.

Comments
Topics mentioned in this article
PV Sindhu Saina Nehwal B. Sai Praneeth Kidambi Srikanth Carolina Marin Badminton
Get the latest Cricket news, check out the India cricket schedule, Cricket live score . Like us on Facebook or follow us on Twitter for more sports updates. You can also download the NDTV Cricket app for Android or iOS.