Australia vs India 1st T20I: Virat Kohli Says Team India Had No Plans Of Playing Yuzvendra Chahal In The Game

India vs Australia: Virat Kohli said India had no plans to play Yuzvendra Chahal in the 1st T20I until a concussion to Ravindra Jadeja changed plans. 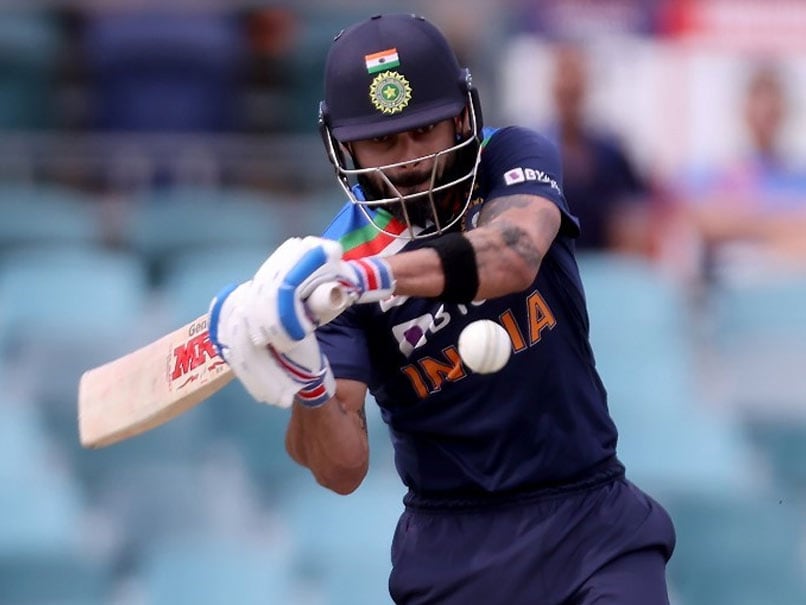 India vs Australia: Virat Kohli failed to make an impact with the bat in the 1st T20I.© AFP

India skipper Virat Kohli made it clear that the team had no plans to play Yuzvendra Chahal in the opening T20I against Australia. Not only did fate see Chahal walk in to bowl, but the spinner also ended with the Man of the Match award at the Manuka Oval on Friday. Coming in as a concussion substitute after bowling all-rounder Ravindra Jadeja was hit on the head in the final over of the India innings, Chahal finished with figures of 3/25 from his four overs. Most importantly, it was Chahal who broke the opening partnership between Aaron Finch and D'Arcy Short by sending back the Aussie skipper.

"There were no plans of having Yuzi in the game. Concussion replacements are a strange thing. Today, it worked for us. Yuzi showed character to squeeze the opponents. I thought they had a great start. They were cruising. The batters offered us a few wickets. That is T20 cricket for you," Kohli said at the end of the game.

The India skipper also praised the players for showing intensity, especially how Jadeja hit a whirlwind unbeaten 44 off just 23 balls. "In Australia, you need to play hard and show intensity till the end. He batted beautifully in the last game," the captain pointed.

While Kohli was all praise for his bowlers, he also pointed at Hardik Pandya and how his brilliant running catch helped the team send Finch back to the hut. Finch's dismissal was just the sniff Chahal needed to make further inroads.

"Natarajan looks like he can improve a lot. (Deepak) Chahar bowled well as well. Chahal got us back in the game. Hardik's catch was a game changer as well," he said.

Virat Kohli Australia vs India 2020-21 Australia vs India, 1st T20I Cricket
Get the latest updates on SA vs IND 2021-22, check out the Schedule and Live Score . Like us on Facebook or follow us on Twitter for more sports updates. You can also download the NDTV Cricket app for Android or iOS.