Australia vs India: Concussion substitute Yuzvendra Chahal, along with T. Natarajan and the other bowlers put on a clinical show as the visitors beat Australia by 11 runs to take 1-0 lead in the three-match T20I series. 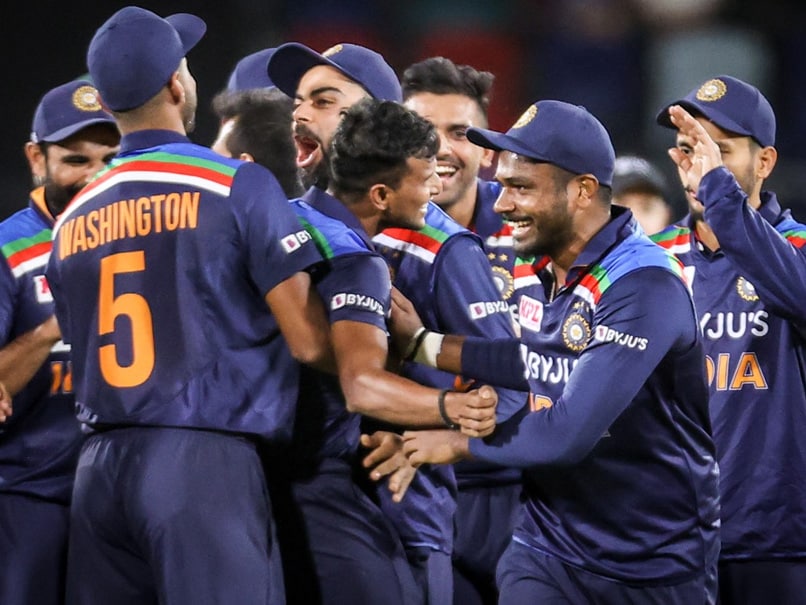 India defeated Australia by 11 runsin the first Twenty20 International (T20I) to take 1-0 lead in the three-match series on Friday. After KL Rahul and Ravindra Jadeja took India to a competitive total of 161 for seven, bowlers, especially T Natarajan and Yuzvendra Chahal, helped the visitors to restrict Australia to 150/7. Chahal, who came in as a concussion substitute for Jadeja, was the pick of the bowlers for India. The leg-spinner returned with figures of three for 25 from his quota of four overs.

Chasing 162, Australia got off to a solid start with Aaron Finch and D'Arcy Short scoring freely in the powerplay.

Finch was sent back in the eighth over by Chahal as he holed out to Hardik Pandya at long-off.

The leg-spinner struck again in his next over and removed the in-form Steve Smith as Sanju Samson completed an outstanding diving catch in the deep.

Debutant T Natarajan then trapped Glenn Maxwell in front of the stumps with a length ball that came back in.

Earlier in the game, Aaron Finch had won the toss and invited India to bat.

India lost their first wicket in the third over as Mitchell Starc cleaned up Shikhar Dhawan for one.

Virat Kohli (9) too failed with the bat and was outdone by Mitchell Swepson.

Jadeja played a crucial unbeaten knock of 44 off just 23 deliveries. His innings included five boundaries and a six.

Both teams will now travel to Sydney for the remaining two T20Is.

Ravindra Jadeja T Natarajan Australia vs India 2020-21 Australia vs India, 1st T20I Cricket
Get the latest updates on ICC Women's Cricket World Cup 2022 and IPL 2022, check out the Schedule , Live Score and IPL Points Table. Like us on Facebook or follow us on Twitter for more sports updates. You can also download the NDTV Cricket app for Android or iOS.