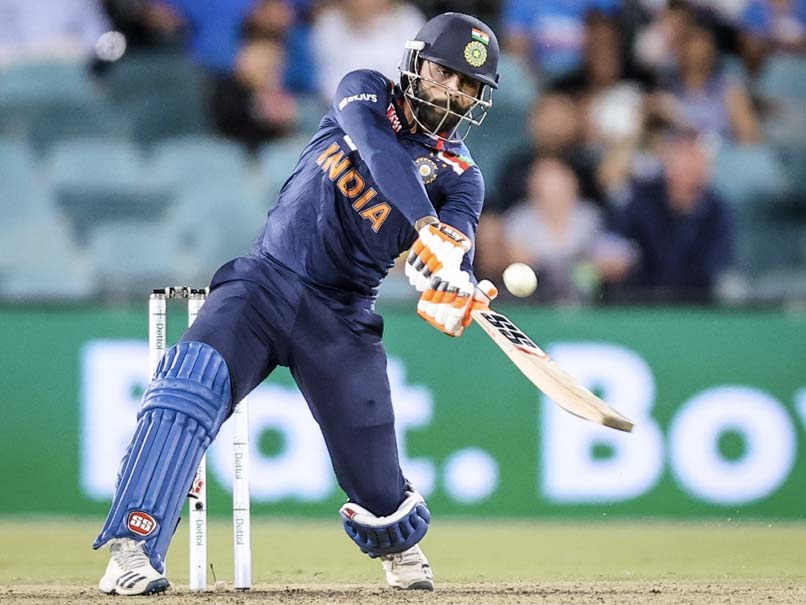 Australia vs India: Ravindra Jadeja suffered concussion after being hit by a bouncer in 1st T20I.© AFP

Australia head coach Justin Langer expressed displeasure over match referee David Boon's decision of allowing Yuzvendra Chahal as a concussion substitute for Ravindra Jadeja during the first Twenty20 International between Australia and India in Canberra. Jadeja suffered a concussion after he was hit on the helmet by a Mitchell Starc delivery in the Indian inning. Langer was seen having an animated discussion with Boon during innings break and seemed displeased with the referee's decision. Chahal struck right away, dismissing Aaron Finch and Steven Smith, two of Australia's key batsmen.

After being put in to bat by Finch, who won the toss on Friday, India posted 161 for 7, helped along by a half-century by KL Rahul (51) and Ravindra Jadeja's quickfire 44 not out off just 23 balls.

The incident occurred in the final over of the Indian inning when a bouncer from Starc hit Jadeja on his helmet after having deflected off the bat.

Jadeja sustained a concussion and is being assessed by the BCCI's medical team, the BCCI tweeted.

Jadeja has been in good form with the bat for India on this tour, with his unbeaten half-century in the third One-day International in Canberra helping India set-up their first win of the tour.

Australia, though, won the ODI series 2-1 as they had won the first two ODIs in Sydney.

Yuzvendra Chahal Australia vs India 2020-21 Australia vs India, 1st T20I Cricket
Get the latest updates on SA vs IND 2021-22, check out the Schedule and Live Score . Like us on Facebook or follow us on Twitter for more sports updates. You can also download the NDTV Cricket app for Android or iOS.