Shikhar Dhawan shared a video of him grooving to a Bollywood number, dedicating the performance to India's triumph against Australia in Brisbane. 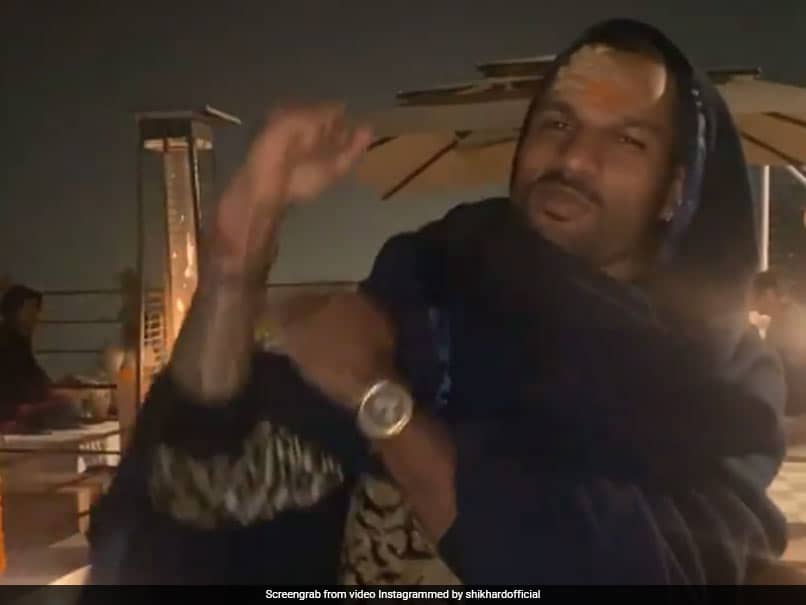 Team India opener Shikhar Dhawan took to Instagram to share a video of him grooving to a Bollywood song. Dhawan dedicated the performance to the Indian team's triumph against hosts Australia in the fourth Test at Brisbane. "Dedicated to Indian team for today's victory. #champions #victory," read the caption on the video uploaded by the cricketer. Team India defeated Australia by a margin of three wickets in the final Test of the four-match series, emerging victorious by a 2-1 margin.

With only three overs remaining in the final day's play, the visitors chased down their third highest total to win a Test. India chased down the 328-run target set by Australia, following an unbeaten 89 by Rishabh Pant and half-centuries from Cheteshwar Pujara and Shubman Gill.

The hosts were subjected to their first defeat at The Gabba since 1988, when they were defeated by West Indies. Australia had played 31 matches at the venue, winning 24 of them with the remaining seven matches drawn.

The first Test of the series was held at the Adelaide Oval, where the hosts emerged victorious by a margin of eight wickets.

Team India bounced back with a triumph in the second game at the Melbourne Cricket Ground (MCG), under the leadership of Ajinkya Rahane.

Rahane took over the captaincy in the absence of Virat Kohli who left for India after the first Test, having been granted paternity leave by the Board of Control for Cricket in India (BCCI).

The third Test in Sydney ended as a draw, following a gritty partnership between Hanuma Vihari and Ravichandran Ashwin.