Australia vs India, 4th Test: Justin Langer's "Lesson From The Series" Is To "Never Ever Underestimate India"

India vs Australia: Justin Langer, Australia coach, said the team learnt to never understimate India after the visitors made a resounding comeback from the 36 all out in Adelaide to win the series 2-1. 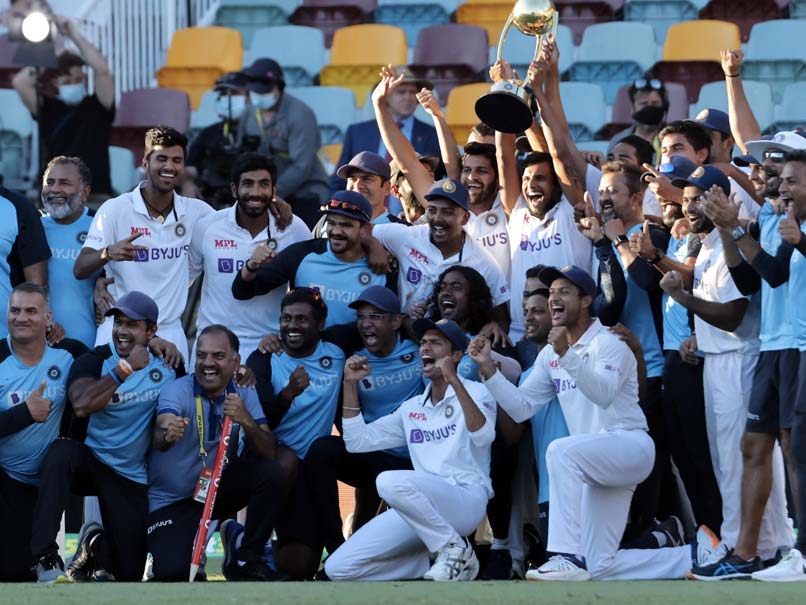 Outplayed by an inexperienced and injury-plagued India, a shocked Australia head coach Justin Langer on Tuesday said one massive lesson that he has learnt from the setback is to "never ever, ever underestimate" the "really tough" players from that country. A visibly shaken Langer lauded India for the lion-hearted effort to win the Border-Gavaskar Trophy 2-1 despite playing with a second-string side, especially after being decimated inside three days in the series-opener in Adelaide. That loss included India's lowest-ever Test score of 36 in the second innings. "It was an incredible Test series and in the end there is always a winner or a loser. Today Test cricket is the winner. It''s gonna hurt us big time. India deserved full credit. They have been outstanding but we have learnt lessons from it," Langer told Channel 7.

"First, you can never take anything for granted, second never ever, ever underestimate the Indians. There are 1.5 billions Indians and if you play in that first eleven you got to be really tough, don't you?"

Langer said the fightback after the Adelaide debacle was nothing short of remarkable especially after injury-forced ouster of big players like Jasprit Bumrah and Ravindra Jadeja.

India found new stars such as Shubman Gill, Washington Sundar, Shardul Thakur and Mohammed Siraj among others who surprised the Aussies with their never-say-die spirit.

"I can't compliment India enough. They haven't gone away after that first Test match which we won in three days, bowled them out for 30 odd. For them to fight back like they did is amazing, credit to them. The big lesson for us is that you can't take anything for granted. India never got away," he said.

The Indian team showed a never-seen-before zeal to retain the coveted trophy with a historic three-wicket win over Australia in the fourth and final Test here, successfully chasing a 328-run target.

Talented Rishabh Pant (89 not out off 138 balls) showcased his breathtaking strokeplay to secure the win for the visitors, thereby ending Australia's 32-year-old unbeaten run at the ''Fortress Gabba''.

"It was an amazing effort. (Rishabh) Pant's innings somewhat reminded me of Ben Stokes' innings in Headingley actually. He came in, he was almost fearless and he will be lauded because of it. It was an unbelievable innings," Langer said in his praise of the Indian wicket-keeper batsman.

"I thought young (Shubman) Gill (91) batted very well. Their young bowling attack kept us under pressure throughout the match and as I said India deserve full credit."

Langer also commended his own team's bowling attack for its tireless effort in the series, albeit in a losing cause.

"From our point of view, we had the same four bowlers (Pat Cummins, Josh Hazlewood, Nathan Lyon and Mitchell Starc) who have gone hard, they have stood up and they have worked so hard but unfortunately we didn't get over the line today," Langer said.

"I am proud of the way those four guys fought so hard," he signed off.

Rishabh Pant Australia vs India 2020-21 Australia vs India, 4th Test Cricket
Get the latest updates on ICC Women's Cricket World Cup 2022 and IPL 2022, check out the Schedule , Live Score and IPL Points Table. Like us on Facebook or follow us on Twitter for more sports updates. You can also download the NDTV Cricket app for Android or iOS.