India vs Australia: Shreyas Iyer will be hoping to put in a good display in the ODIs and T20Is after a decent campaign in the recently-concluded Indian Premier League (IPL) 2020. 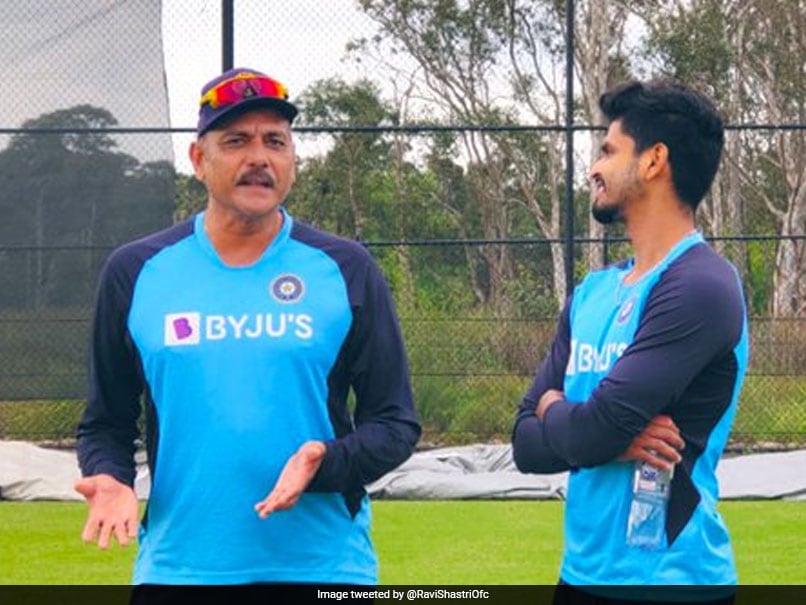 With India currently in Australia for their tour, head coach Ravi Shastri found some common ground with Shreyas Iyer. The Delhi Capitals (DC) skipper is part of India's ODI and T20I squads. India and Australia will face each other in three ODIs, three T20Is and a four-match Test series. Shastri took to Twitter to post some photos with Iyer, and captioned them as, "It needs one to know one. Seemed the cheeky sort. Then realised he was same school and college as me - with @ShreyasIyer15".

It needs one to know one. Seemed the cheeky sort. Then realised he was same school and college as me - with @ShreyasIyer15 pic.twitter.com/7cdnhybsSM

Born in Mumbai, Iyer studied at Don Bosco High School, Matunga, where Shastri was an alumnus. After his schooling, Iyer enrolled himself into Ramniranjan Anandilal Podar College of Commerce and Economics, in Mumbai, where once again Shastri was a former student.

Iyer was recently in United Arab Emirates (UAE) for Indian Premier League (IPL) 2020, with DC. He led DC to a runners-up finish, where they lost to Mumbai Indians (MI) in the finals.

India will play their first ODI against Australia on November 27. The first T20I takes place on December 4, and the four-match Test series starts on December 17. Captain Virat Kohli will depart after the first Test match due to paternity leave granted by the BCCI. He and his wife Anushka Sharma are expecting their first child in January 2021.

Australia Cricket Team Shreyas Iyer Ravi Shastri Australia vs India 2020-21 Cricket
Get the latest updates on ICC T20 Worldcup 2022, check out the Schedule and Live Score. Like us on Facebook or follow us on Twitter for more sports updates. You can also download the NDTV Cricket app for Android or iOS.