Team India landed in Sydney on Thursday, beginning their long tour of Australia, and were promptly put into quarantine. 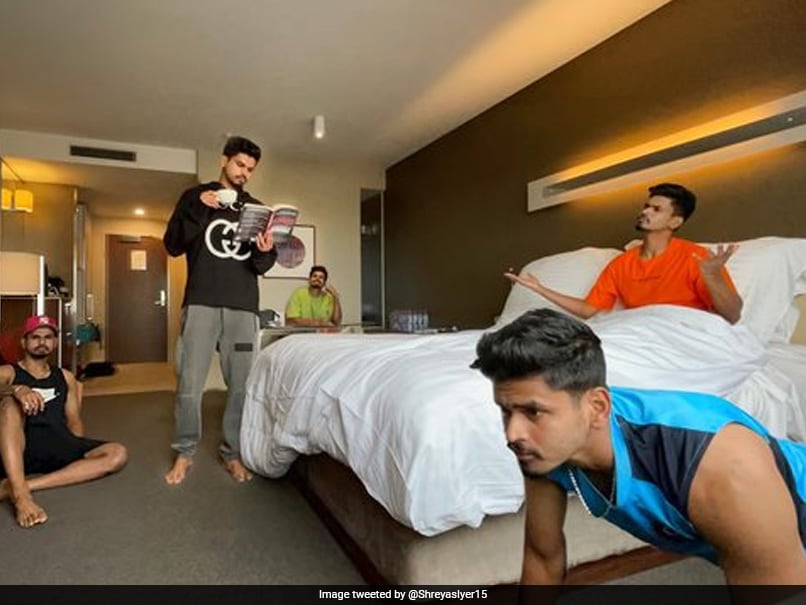 Shreyas Iyer shared a picture of himself quarantining in his Sydney hotel room.© Twitter

Shreyas Iyer took to Twitter on Friday to share a picture of him quarantining in his hotel room in Sydney. The 25-year-old captioned the picture, "Quarantining in perfect company" -- the company being himself. The right-hander reached Sydney with the rest of the Indian team for the tour of Australia on Thursday. Iyer along with the rest of the team will quarantine for a 14-day period. The tour gets underway with the first One-day International (ODI) of the three-match series on November 27 at the Sydney Cricket Ground.

Iyer reaches Australia on the back of his finest season in the Indian Premier League, playing a key role in Delhi Capitals' run to the final. The IPL 2020 was held in the United Arab Emirates (UAE) and despite not setting the stage alight, Iyer put in some consistent performances to score a total of 519 runs.

Delhi, however, could not get the better defending champions Mumbai Indians in the IPL 2020 final as Rohit Sharma's rampant team lifted their fifty IPL trophy.

In Australia, India will play three ODIs, followed by as many T20Is, culminating with the four-match Test series. Iyer will be hoping to cement his place in the team but has quite a lot of competition.

Australia Cricket Team Shreyas Iyer Australia vs India 2020-21 Cricket
Get the latest updates on IPL Auction 2023 and check out  IPL 2023 and Live Cricket Score. Like us on Facebook or follow us on Twitter for more sports updates. You can also download the NDTV Cricket app for Android or iOS.