After arriving in Australia, both Rohit Sharma and Ishant Sharma will have to undergo a mandatory 14-day quarantine period. 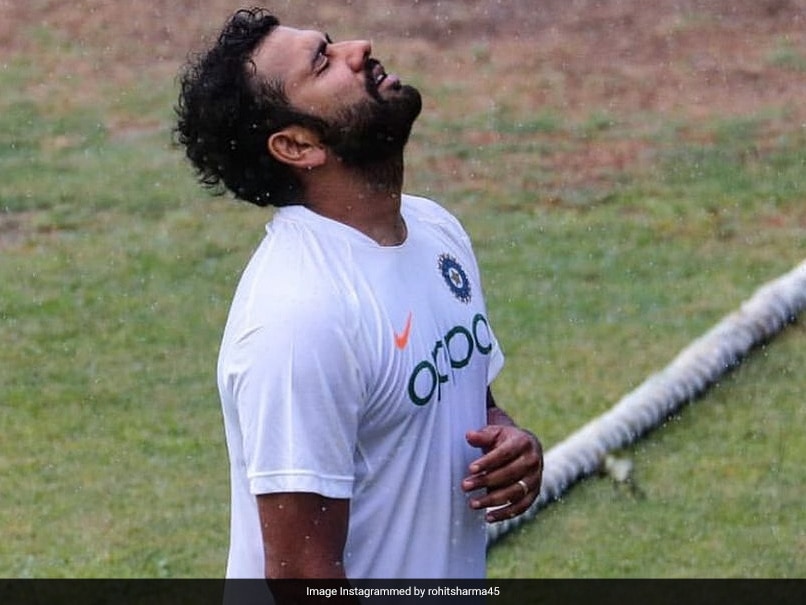 Rohit Sharma has been sidelined due to a hamstring injury sustained during IPL 2020.© Instagram

India coach Ravi Shastri has said that Rohit Sharma and Ishant Sharma will have to arrive in Australia, in the coming "four or five days" to be able to take part in the Test series against the hosts. "He's (Rohit) going through some tests at the NCA and they're obviously going to decide [for] how long he needs to take a break. But things could get difficult if he's asked to wait for too long, [because] then you're talking of the quarantine again, which might make it really tough for even him to come just in time for the Test series," Shastri told ABC Sport, as quoted by ESPN Cricinfo.

Commenting on Rohit not being part of the limited-overs squads, Shastri said: "He was never going to play the white-ball series, they were just looking to see how long he needed the rest, because you can't afford to be resting for too long. If you need to play in the Test series or any red-ball cricket, you've got to be on the flight in the next three or four days. If you aren't, then it's going to be tough."

The Board of Control for Cricket in India (BCCI) on November 9 said that Ishant is undergoing his rehab and he will be added to India's Test squad once he "fully recovers and gains sufficient match fitness".

Shastri then stated: "It's a similar case to Rohit. You don't really know how quickly he'll be available to fly out. Like I said, if anyone has to play in the Test series, he has to be on the flight in the next four or five days. Otherwise, it's very difficult."

India and Australia are slated to lock horns against each other in three ODIs, three T20Is, and four Tests. Kohli will just be playing one Test against Australia, and then he will head back home after being granted paternity leave by the BCCI.

The first Test between India and Australia will commence from December 17 at the Adelaide Oval and this match will be a day-night contest. The four-match series will be a part of the World Test Championship (WTC).

Ishant Sharma Cricket
Get the latest updates on ICC Women's Cricket World Cup 2022 and IPL 2022, check out the Schedule , Live Score and IPL Points Table. Like us on Facebook or follow us on Twitter for more sports updates. You can also download the NDTV Cricket app for Android or iOS.