"Through Thick And Thin": India Teammates Rally Around Mohammed Siraj

Mohammed Siraj can be seen sitting with several teammates in a photo posted by the Indian team's official Instagram handle. 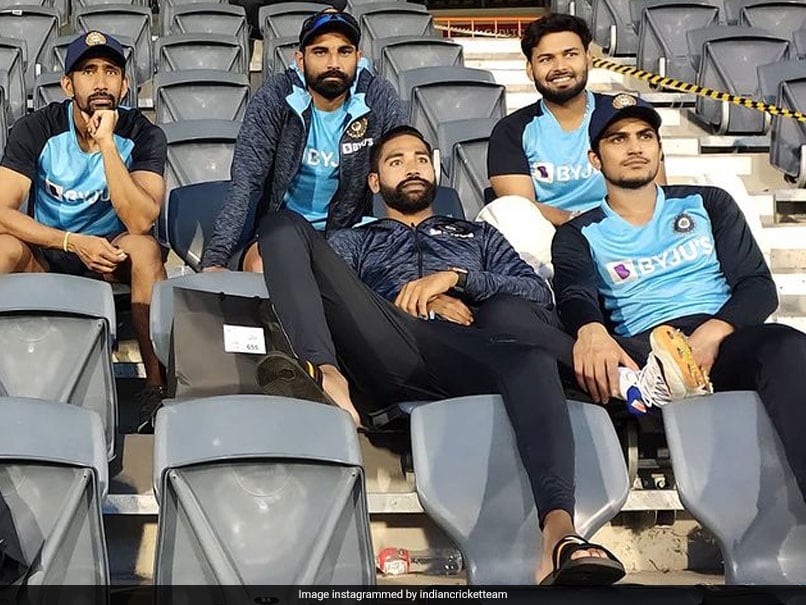 Mohammed Siraj will be directly part of the Test series against Australia, starting from December 17.© Instagram

The Indian Cricket Team's official Instagram handle has posted an image showing fast bowler Mohammed Siraj sitting alongside teammates. Shubman Gill can be seen on Siraj's left, with Wriddhiman Saha, Mohammed Shami and Rishabh Pant sitting in the seats behind. While Saha has a focussed look on his face, Pant can be seen smiling. "Through thick and thin, ups and downs, we are always together!#TeamIndia," read the caption on the Instagram post.

Siraj lost his father on Friday, with the fast bowler in Sydney at that time along with the Indian team for the upcoming away series in Australia. The Indian team will be playing three ODIs, the same number of T20Is and four Test matches as a part of the long tour.

The Board of Cricket Control in India (BCCI) said Siraj was given the option to fly back to India to be with his family, but the pacer chose to stay on for the series against Australia.

The tour begins on November 27, with the first ODI taking place at the Sydney Cricket Ground. Rohit Sharma will not be a part of the limited-overs leg of the tour, as he is still recovering from a hamstring injury. The injury was sustained during the recently concluded 13th edition of the Indian Premier League (IPL).

Skipper Virat Kohli will further head back home following the end of the first Test, after being granted paternity leave by the BCCI.

Siraj was most recently seen in action during IPL 2020, representing the Royal Challengers Bangalore (RCB). The pacer played nine matches during the season, picking 11 wickets.

Siraj has not been selected in the squad for the limited-overs leg of the away series against Australia. He will be directly part of the four-match Test series, which will start from December 17.

Wriddhiman Saha Cricket
Get the latest updates on IPL 2021, check out the IPL 2021 Schedule and Indian Premier League Live Score . Like us on Facebook or follow us on Twitter for more sports updates. You can also download the NDTV Cricket app for Android or iOS.