Australia vs India: Virat Kohli Warms Up For Tests With Practice Sessions Against Mohammed Shami And Co. Watch

Australia vs India: India captain Virat Kohli readied himself for the upcoming four-match Test series against Australia with an intense practice session against teammate Mohammed Shami and others. 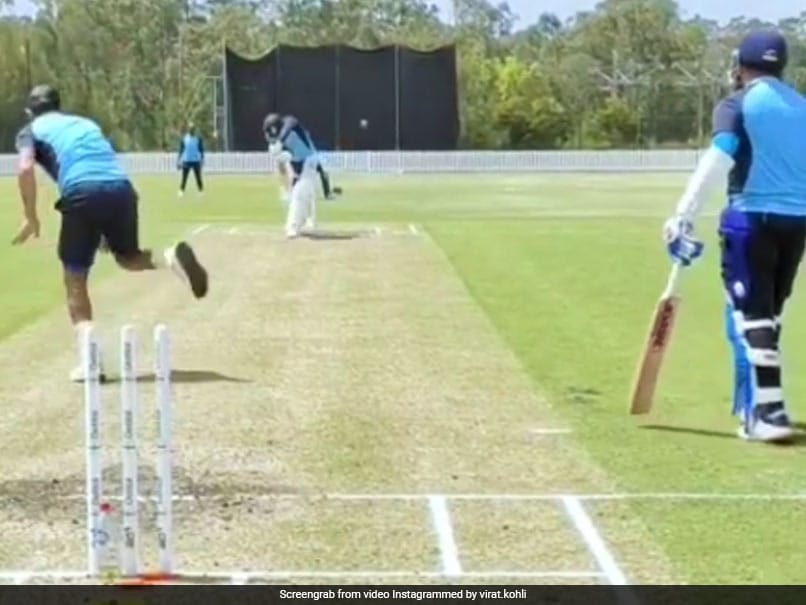 In the video, Virat Kohli bats against the likes of Mohammed Shami and Jasprit Bumrah© Instagram

With India set to face Australia in a four-match Test series from December 17, Virat Kohli warmed up for the challenge with a session of batting practice. The Test series is part of India's all-formats tour of Australia, which begins on November 27 with a three-match ODI series. The ODI series will be followed by a three-match T20I series. The Indian captain posted the video on Instagram and captioned it as "Love test cricket practice sessions".

The 32-year-old was in United Arab Emirates (UAE) recently for the Indian Premier League (IPL) 2020. He led Royal Challengers Bangalore (RCB) to a fourth-placed finish in the league phase, but they crashed out in Eliminator after losing to SunRisers Hyderabad (SRH).

Kohli had a poor start to his campaign in UAE but soon found his footing, scoring a total of 466 runs from 14 matches at a strike rate of 121.35. He hit three half-centuries. His boundary count consisted of 23 fours and 11 sixes.

Kohli will be returning to India after the first Test on a paternity leave. Kohli and his wife Anushka Sharma are expecting their first child.

India have been based in Syndey since their arrival on Australian shores on November 12. Both white-ball and Test squads have been training together and the likes of KL Rahul, Shikhar Dhawan and Mohammed Shami have posted snippets from their net sessions.

Currently second in the ICC Test Batting Rankings behind Steve Smith, Kohli will be aiming to put in a strong performance in Adelaide in the first Test.

The first Test will be a day-night affair and will be played with a pink ball.

Virat Kohli Australia vs India 2020-21 Cricket
Get the latest updates on SA vs IND 2021-22, check out the Schedule and Live Score . Like us on Facebook or follow us on Twitter for more sports updates. You can also download the NDTV Cricket app for Android or iOS.