How Virat Kohli Is Keeping Himself Busy While Quarantining In Sydney

Virat Kohli is currently in Australia with the Indian cricket team. He will take part in the ODI and T20I series but will return after the first Test in Adelaide. 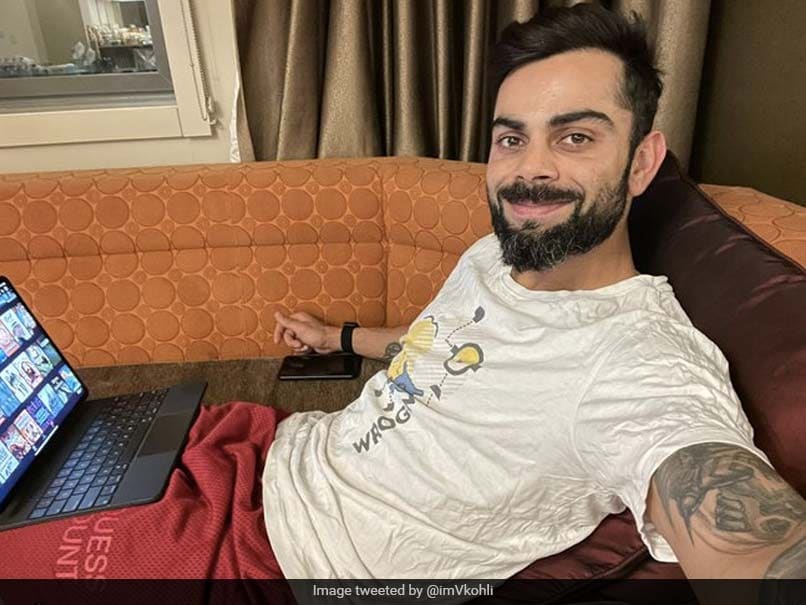 Currently in Australia for India's upcoming cricket tour, Virat Kohli took to Twitter to give a sneak peek into how he is keeping himself busy while quarantining, apart from training sessions. India and Australia will face each other in three ODIs, three T20Is and a four-match Test series. Kohli posted a picture on Twitter, sporting an un-ironed t-shirt. He can be seen sitting on a couch with a laptop on his lap. He captioned it as, "Quarantine diaries. Un-ironed T-shirt, comfortable couch and a good series to watch."

The Indian skipper, who has been given a paternity leave by the BCCI, will return home after the first Test. Kohli and his wife Anushka Sharma are expecting their first child in January 2021.

Royal Challengers Bangalore (RCB) lost to SunRisers Hyderabad (SRH) in the Eliminator. RCB finished at fourth place in the league stage of IPL 2020.

He had a poor start to his campaign, but soon bounced back, scoring a total of 466 runs from 14 matches at a strike rate of 121.35. He also notched three half-centuries. His boundary count consisted of 23 fours and 11 sixes.

India will play their first ODI against Australia on November 27. The first T20I takes place on December 4, and the four-match Test series begins on December 17.

Team India have already begun their training sessions in their bio-secure bubble. The rise in COVID-19 cases in South Australia has put the tour in disarray, but no cancellation or postponement has been announced yet.

Virat Kohli Australia vs India 2020-21 Cricket
Get the latest updates on IPL Auction 2023 and check out  IPL 2023 and Live Cricket Score. Like us on Facebook or follow us on Twitter for more sports updates. You can also download the NDTV Cricket app for Android or iOS.