Australia vs India: Spin spearhead Ravichandran Ashwin said losing regular skipper Virat Kohli was not easy for the team, but stand-in skipper Ajinkya Rahane stood up to the challenge and led from the front. 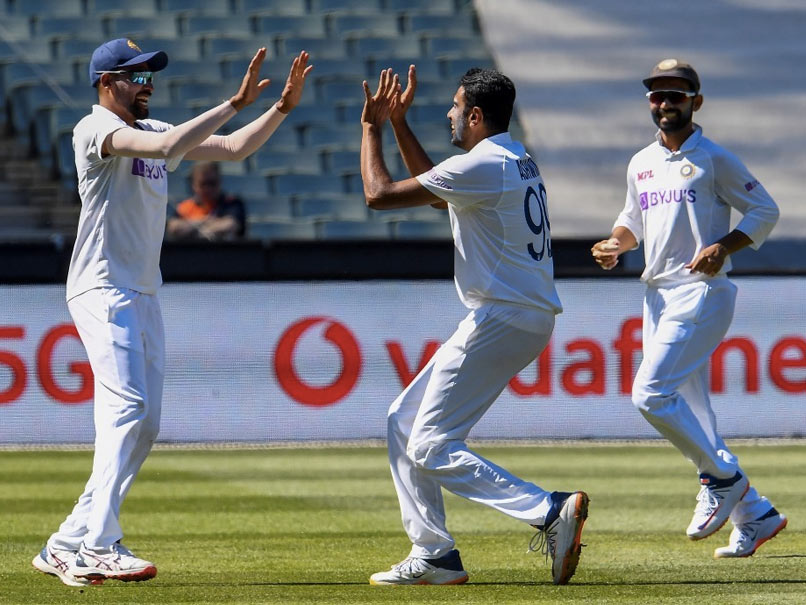 AUS vs IND: Ravichandran Ashwin was one of the standout performers for India in 2nd Test.© AFP

Indian players have been in a joyous mood after the team's commanding win over Australia in the Boxing Day Test on Tuesday. Spin spearhead Ravichandran Ashwinsaid losing regular skipper Virat Kohli was not easy for the team, but stand-in skipper Ajinkya Rahane stood up to the challenge and led from the front. India on Tuesday secured an eight-wicket victory over Australia in the Boxing Day Test. Rahane's 12th century in the longest format of the game and Ravindra Jadeja's well-made fifty had given India firm control in the second Test.

"The best thing that we did was just walk away from that game -- in Adelaide -- and we said that it was just one of those unfortunate days and the batting unit definitely did take responsibility for it. Most importantly, losing Virat was not easy but the discussion we had around it and the team-building exercises that we did through that phase from Adelaide to Melbourne was very crucial and Jinks was very, very calm and balanced which gave many of us the launch-pad to go out there and express ourselves after that defeat," Ashwin said in a video posted by BCCI.

Post win shenanigans: Reactions post #TeamIndia's series-leveling win at MCG#TeamIndia members speak about what makes the second Test win at the MCG so special - by @Moulinparikh

"Many of us have played for a while now and we have had some special wins but if I had to pick one that would be extremely special is this one for a lot of reasons. This team minus Virat, the batting giant that India had over the last decade or so, is not that easy and Jinks stood up and that is one of the finest cricketing knocks I have seen," he added.

Cheteshwar Pujaraalso termed it a special win, adding that it goes into his list of top five victories that he has been a part of.

"I think this will definitely be in one of the top five victories I have been part of and the overseas victories are always special. The way Jinks batted in the first innings, and also in the second innings, and also the way bowlers bowled after losing Umesh, we were only left with four bowlers but they bowled their heart out. All the guys wanted to win. We were really hurt after the first loss and now the series is level," Pujara said.

Ravindra Jadejasaid he wants the team to keep the momentum going. "This is going to be a special victory for us as a team because we were one down. In the first game, we lost badly. So, I think we came with a good spirit and attitude and as a team, we played very good cricket. Everyone is looking in good form, batsmen are scoring runs, bowlers are taking wickets. Hopefully, we continue the same momentum and hopefully, win the next game," Jadeja said.

With this victory, the visitors have leveled the four-match Test series 1-1. Moreover, the win also ensured India moved a step closer to the final of the World Test Championship.

Ravindra Jadeja
Get the latest updates on IPL 2021, check out the IPL 2021 Schedule and Indian Premier League Live Score . Like us on Facebook or follow us on Twitter for more sports updates. You can also download the NDTV Cricket app for Android or iOS.