Australia vs India: Josh Hazlewood produced a moment of magic in the field to run out Hanuma Vihari and push India on the backfoot on Day 3 of the third Test at the Sydney Cricket Ground. 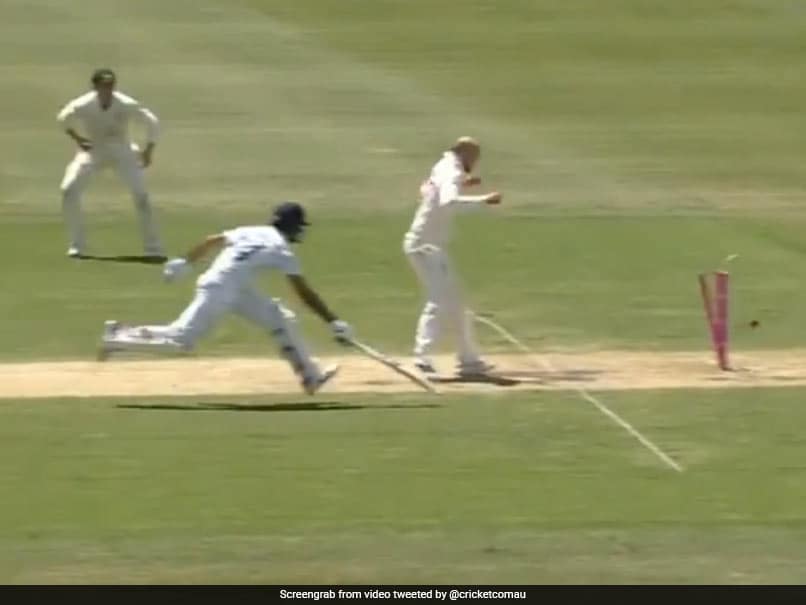 Josh Hazlewood produced a moment of magic in the field at mid-off to run out Hanuma Vihari and push India on the backfoot on Day 3 of the third Test at the Sydney Cricket Ground. Vihari came in to the bat after the departure of skipper Ajinkya Rahane but batted with way too much caution. Having crawled to four off 37 balls, Vihari came dancing down the track and pushed the ball towards mid-off and decided to steal a quick single in the 68th over of the innings, bowled by Nathan Lyon. Hazlewood dived to his right to collect the ball and hit the bull's eye with his body still in the air. Sharing the video of Hazlewood's brilliant fielding effort, cricket.com.au tweeted: "Don't take on the Hoff!".

With Cheteshwar Puajara already batting at a slow pace from one end, Vihari's overtly defensive approach mounted the pressure from both ends which eventually forced him to take a risky single and he ended up paying a big price for it.

This series has already witnessed some brilliant run outs, including the one on Day 2 of the ongoing Test match when Ravindra Jadeja got rid of Steve Smith for 131 with a bullet throw.

However, Vihari's run out reminded many of Virat Kohli's dismissal in the first innings of the day-night Test in Adelaidewhich proved to be a big turning point in the game.

While similar at first sight both these dismissals were somewhat different as Kohli was on non-striker's end when he got out after a mix-up with Rahane while Vihari was the only person to blame for his wicket as he made an early call to take a quick single but couldn't make his crease in time.

While Kohli's run out in the opening Test of the four-match series was a major turning point, it is to be seen if Vihari's dismissal will have the same effect.

Sydney Cricket Ground (SCG), Sydney Australia vs India 2020-21 Cricket Australia vs India, 3rd Test
Get the latest updates on India vs South Africa and check out  Schedule, Results and Live Score. Like us on Facebook or follow us on Twitter for more sports updates. You can also download the NDTV Cricket app for Android or iOS.