"One Person Is Doing All He Wants": Bishan Singh Bedi Hits Out At Virat Kohli

Bishan Singh Bedi said that Virat Kohli is doing all he wants and "we are letting it happen". 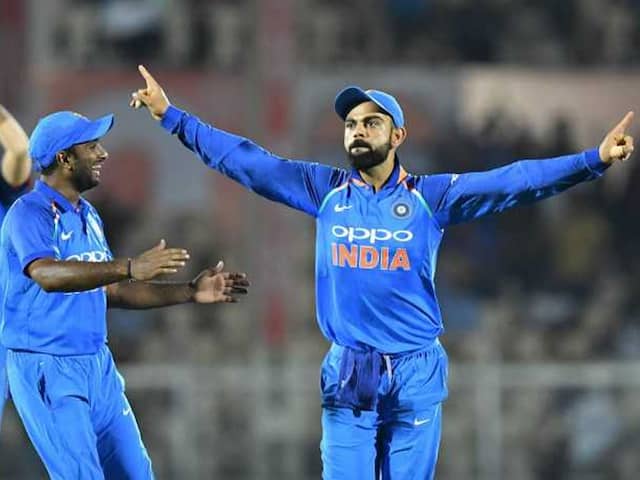 Virat Kohli's next test is in Australia with the T20I series starting on November 21.© AFP

Virat Kohli is the current undisputed king of Indian cricket. The Indian captain has reigned supreme with the bat in hand and has left his rivals chasing shadows with some monstrous performances in 2018. However, many have asked if Virat Kohli has too much power in and sway on the team and it's decisions -- former India spinner Bishan Singh Bedi certainly believes so. The former India spinner said that Kohli is "doing all he wants and we are letting it happen". Bishan Singh Bedi also spoke about the fallout between Kohli and former India coach Anil Kumble.

"That is what I am saying, one person (Virat Kohli) is doing all he wants and we are letting it happen. What would Anil (Kumble) have said, he was gracious to leave it like that," India Today quoted Bishan Singh Bedi as saying at Sahitya Aaj Tak.

Head coach Anil Kumble stepped down in June 2017 from his post after a year in charge of the Indian team following his much-publicised differences with Kohli.

Kumble, a former captain, had gone to the extent of calling his relationship with Kohli "untenable". The legendary leg-spinner also revealed that Kohli had reservations about his "style" of functioning.

Kohli and the Indian team did well under Kumble, winning the Test series in the West Indies (2-0) before winning at home against New Zealand (3-0), England (4-0), Bangladesh (1-0) and Australia (2-1). They also won eight ODIs and lost five during the 46-year-old's tenure.

After the exit of Kumble, India have had two major tours in South Africa and England. Despite some good performances in the limited overs formats, India were comprehensively beaten in the Test series against both the teams.

India now have another tough tour ahead of them in Australia where they will play three T20Is, three ODIs and four Tests.

"The Indian team is good, we all know that but the same team went to England and South Africa and those teams were also "weak". Yes the bans have happened on two kids (Steve Smith and David Warner) but a team is not made of two individuals. In fact, our team is made of one person, everything is about Kohli. The amount of focus there is, you don't realise how much pressure you are putting on that kid (Kohli), both as a batsman and a captain," added Bedi.

Virat Kohli Bishansingh Giansingh Bedi Anil Kumble Australia vs India 2018/19 Cricket
Get the latest Cricket news, check out the India cricket schedule, Cricket live score . Like us on Facebook or follow us on Twitter for more sports updates. You can also download the NDTV Cricket app for Android or iOS.