I Have Said What I Wanted To, Nothing More To Say: Anil Kumble

The former India leg-spinner dodged any questions by saying, "I am too seasoned. You will get nothing out of me." 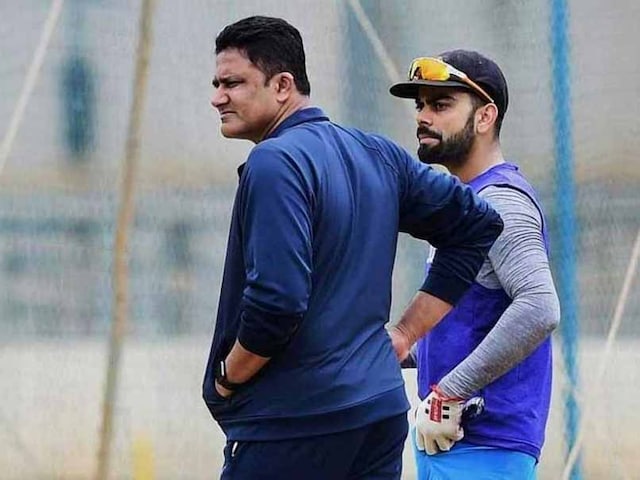 Anil Kumble resigned as the coach of the Indian cricket team and put out a statement on Twitter where he said that the captain of the team had reservations with his 'style'. This came after the Board of Control for Cricket In India (BCCI) decided not to renew his contract and invited fresh applications for the top post. On Thursday, Virat Kohli reacted for the first time, after Kumble's resignation, stating that players in the dressing room respect Anil Kumble and also went on to add that it is important to maintain the sanctity of the dressing room.

Responding to Kohli, Kumble made it clear that he has nothing more to say.

"I have said what I wanted to, have nothing more to say," said the former India leg-spinner. He dodged any questions by saying, "I am too seasoned. You will get nothing out of me."

Earlier, Kumble posted a release on Twitter that explained the reasons behind his stepping down as coach. He wrote: "I am honoured by the confidence reposed in me by the CAC, in asking me to continue as Head Coach. The credit for the achievements of the last one year goes to the captain, the entire team, coaching and support staff."

He further went on to add: "Post this intimation, I was informed for the first time yesterday by the BCCI that the Captain had reservations with my 'style' and about my continuing as the Head Coach. I was surprised since I had always respected the role boundaries between Captain and Coach. Though the BCCI attempted to resolved the misunderstandings between the Captain and me, it was apparent that the partnership was untenable, and I, therefore, believe it is best for me to move on."

"Professionalism, discipline, commitment, honesty, complementary skills and diverse views are the key traits I bring to the table. These need to be valued for the partnership to be effective. I see the Coach's role akin to 'holding a mirror' to drive self-improvement in the team's interest.

"In light of these 'reservations'. I believe it is best I hand over this responsibility to whomever the CAC and BCCI deem fit.

"Let me reiterate that it has been an absolute privilege to have served as Head Coach for the last one year. I thank the CAC, BCCI, CoA and all concerned. I also wish to thank the innumerable followers and fans of Indian cricket for their continued support. I will remain a well-wisher of the great cricketing tradition of my country forever," Kumble wrote.

Comments
Topics mentioned in this article
India Cricket Team Virat Kohli Anil Kumble Cricket BCCI
Get the latest Cricket news, check out the India cricket schedule, Cricket live score . Like us on Facebook or follow us on Twitter for more sports updates. You can also download the NDTV Cricket app for Android or iOS.