Cheteshwar Pujara was unbeaten on 130 as India ended Day 1 of the Sydney Test at 303 for four. 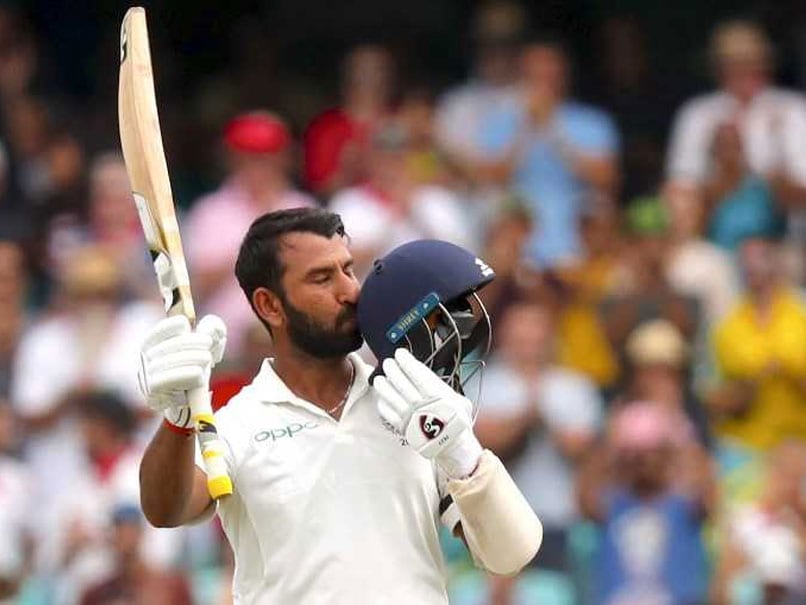 Cheteshwar Pujara (130*) was at his absolute best on Day 1 of the Sydney Test, scoring his third century in the ongoing Test series against Australia. The 30-year-old looked in sublime touch as he notched up his 18th century in Test cricket. With 13 boundaries during his 199-ball ton, Pujara also registered his fifth hundred against Australia. The scintillating knock from Cheteshwar Pujara gathered a lot of praise on social media. From experts to fans, the cricket fraternity lauded the effort from the top order batsman.

Yet another Test Match, yet another marvellous innings from Pujara. Many congratulations on the 18th Test hundred. Has been a delight to watch you bat, @cheteshwar1 ! pic.twitter.com/dxTiaidSYc

Very happy for Pujara. Here is a player who knows his game inside out, is comfortable with who he is and how he plays and is just a simple, modest man. And that quality is a big part of his cricket.

Zindagi na milegi Pujara. Brilliant to watch the determination and the consistency has been amazing.
Congratulations @cheteshwar1 on your third hundred of the series.

"This man just bats, and bats and bats!" - Mr. Cricket

Take a bow, Pujara. This is a special hundred at the SCG #CricketMeriJaan #AUSvIND

The RESPECT you get as a cricketer for what @cheteshwar1 is doing in TEST CRICKET, is GREATER than any wonderfully skilful T20 innings.

Pujara came out to bat early in the first innings after India lost KL Rahul (9) on the second over of the morning session.

Pujara stitched together a crucial 116-run partnership with opener Mayank Agarwal for the second wicket, helping the team recover from early loss.

After the departure of Agarwal on 77, Pujara continued with his superb form and strung together important partnerships with skipper Virat Kohli (23) and Ajinkya Rahane (18) to take India to a commanding position.

Pujara previously slammed 123 in the first Test in Adelaide and 106 in the third Test at Melbourne in the ongoing series against Australia. With the century in the first innings of the fourth Test, Pujara also surpassed former India batsman VVS Laxman, who had 17 Test centuries to his name.

Sydney Cricket Ground (SCG), Sydney Australia vs India 2018/19 Cricket Australia vs India, 4th Test
Get the latest updates on ICC T20 Worldcup 2022, check out the Schedule and Live Score. Like us on Facebook or follow us on Twitter for more sports updates. You can also download the NDTV Cricket app for Android or iOS.