Due To "Super Shoes" Many New Records Will Be Broken In Track & Field Events: Anju Bobby George

In an exclusive chat, Anju Bobby George spoke about the factors behind the success of athletes in the ongoing Federation Cup. The former long jumper also praised the new spikes used by the athletes. 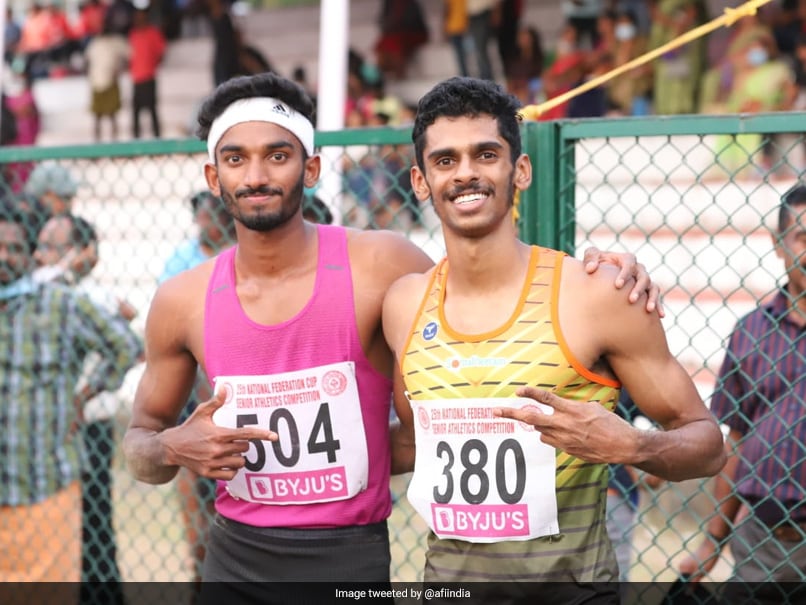 The new national record set in the ongoing Federation Cup in athletics in Calicut (Kerala) by the Olympian long jumper M. Sreeshankar has hit the headlines, and gone viral on social media. Besides this, the world-class distance of 8.37 meter (with wind speed +4.1m/s) by Jeswin Aldrin and NR jump of 8.36m produced in the duel between Sreeshankar and Aldrin has also surprised many sports fans in India. In an exclusive chat with NDTV's Vimal Mohan, Anju Bobby George, India's first-ever bronze medalist long jumper at the World Championships (Paris, 2003) and Senior Vice President of Athletics Federation of India, explains the factors behind this success and also talks about the role of 'the super shoes' which is helping the athletes across the world.

Question: How do you evaluate the performances of M Sreeshankar and Jeswin Aldrin. What could be the factors behind these world-class performances? Isn't it also pleasing and amazing that all the three medalists cleared the 8-meter mark?

Anju Bobby George: No doubt these are fantastic performances by these long jumpers. I congratulate all the medal winners. Another big thing is that Sreeshankar and Jeswin Aldrin will get a chance to participate in the athletics World Championships (15-24 July, USA). But to put things in perspective, it is also due to the new spikes featuring carbon fibre plates or the 'super shoes' used by these athletes that we are witnessing these top-class performances.

Question: But these spikes are legal and athletes even used them in the Tokyo Olympics..

Anju Bobby George: Absolutely. Athletes across the world are using it. In the Tokyo Olympics athletes were given permission to use it. These spikes featuring carbon plated soles give stability to the shoes. Earlier the shoes used to wobble a bit and hence were not stable. It can help athletes to improve their mark by 15-20 centimeters. Now you will see many records being broken across the world.

Question: So how do you assess the jumps of Sreeshankar (8.36m) and the jump of Gold medalist Jeswin Aldrin (8.37m) at the Calicut Fed Cup?

Anju Bobby George: Both of them are talented. But their real test will happen at the international level tournaments like world championships and so on

Question: What do you expect from your own prodigy Shaili Singh? Does she also use 'super shoes'?

Anju Bobby George: Certainly. She also uses 'super shoes'. Shaili won a silver medal in the Under 20 World Athletics Championships (6.59m) last year in Nairobi. She is now preparing for the European circuit where she will be tested again.

Question: Besides javelin and long jump, what are the other events in athletics from where we are expecting more at the top-level tournaments?

Anju Bobby George: For the last few years, the Athletics Federation of India is focusing on five disciplines. We have made long-term plans. We are focusing on javelin, long jump, discus, walking and 400m. These are technical events and hence India stands a chance in these events. Just like the Caribbeans and the Americans excel in sprint events and Ethiopia and Kenya do well in middle- and long-distance events, Indians have a knack for the aforementioned technical events. We are aiming for the Paris 2024 and Los Angeles 2028 Olympics.