At the end of Day 4, India were placed seventh on the medal tally, with four gold, three silver and eight bronze medals. 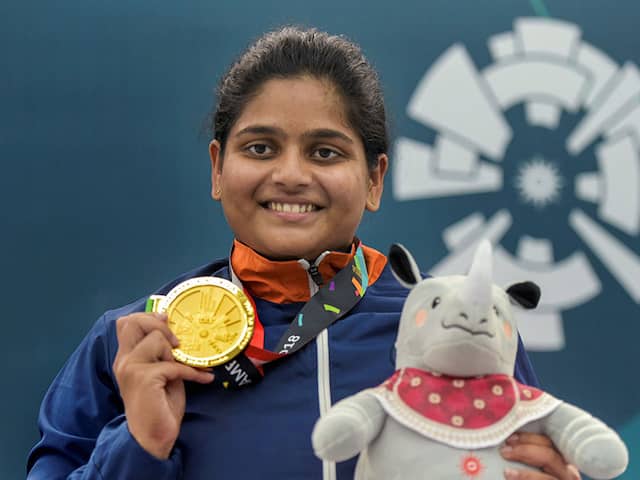 Rahi Sarnobat beat all expectations to become India's first woman shooter with an Asian Games gold in women's 25-metre pistol event and the low-profile wushu players delivered their best ever performance even in defeat on another high-yielding day for the country at the Asian Games 2018. With four gold, three silver and eight bronze medals in their overall tally, India stood seventh in the medal table, which was led by quite a margin by powerhouse China with 82 medals, including 37 gold medals. The spotlight was on 16-year-old sensation Manu Bhaker, who shot a Games record qualifying score at the shooting range in Palembang but could not deliver in the final. However, it was Rahi who stole the limelight by winning gold

"Shooting is life for me," said the former World Cup gold-medallist, who was laid low by an elbow injury after a gold medal in the 2014 Commonwealth Games in Glasgow.

In Jakarta, four bronze medals were settled for in wushu and though not one Indian in the fray made the finals, it would still go down as the low-profile sport's best ever performance, in terms of a number of medals won, in the Asian Games.

Two tennis medals were also guaranteed with Ankita Raina and the top-seeded pairing of Rohan Bopanna and Divij Sharan progressing to the semifinals of their respective events.

Bopanna and Sharan, who don't have much experience of playing together, came up with a solid performance against the seasoned pairing of Yang Hsieh and Yang Tsung-Hua of Chinese Taipei to win 6-3, 5-7, 10-1.

In Jakarta, the Indian men's hockey team recorded its biggest ever international win by annihilating Hong Kong China 26-0 in a Pool B match. India bettered an 86-year-old record -- a 24-1 win over the USA in the Olympics.

The rowers also continued their good show and qualified for the final round in three more events.

Rohit Kumar and Bhagwan Singh finished on top in men's lightweight double sculls repechage round with a time of 7:14.23s to qualify for the final race to be held on August 24.

In the women's four repechage round, the Indian quartet of Sanjita Dung Dung, Annu, Navneet Kaur and Yamini Singh finished fourth with a time of 7:53.29s but still made it to the final to be held on August 24.

The men's lightweight eight team was the last to compete and qualified for the final race by coming on top with a time of 6:15.62. The final will be held on August 24.

The Indian women's compound archery team qualified second for the quarterfinals, pipped by powerhouse Korea in the ranking round.

India were already through to the quarters with a first-round bye and today's round only decided the placement of the teams in the draw based on their rankings. India ended up in the bottom half with Korea in the upper half. But just as any other day, today was not without its share of heartbreaks and disappointments.

Star gymnast Dipa Karmakar had to withdraw from the artistic team finals due to the knee injury, which had threatened to end her career not so long back. The team, which missed her, ended seventh in the final.

After the high of two gold and a bronze medal in the freestyle competition, India endured a disappointing end to their wrestling campaign with Greco-Roman grappler, Harpreet Singh, losing his bronze medal bout. Harpreet (87kg) lost 3-6 to Kazakhstan's Azamat Kustubayev.

In taekwondo, Navjeet Maan crashed out in the pre-quarterfinals of the 80 kg, ending the Indian men's campaign. The 24-year-old Maan lost 6-20 to Linglong Chen of China.

Comments
Topics mentioned in this article
Asian Games 2018
Get the latest Cricket news, check out the India cricket schedule, Cricket live score . Like us on Facebook or follow us on Twitter for more sports updates. You can also download the NDTV Cricket app for Android or iOS.