Dutee Chand, for long haunted by the gender dispute case that she eventually won, dug her heels for a silver in the women's 100m in a remarkable photo-finish. 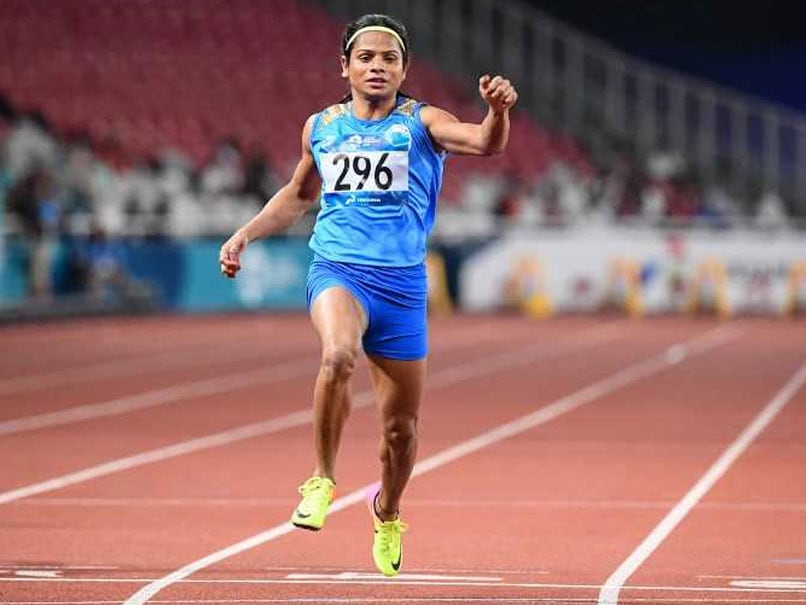 Star Indian sprinter Dutee Chand clinched the silver medal in women's 100m dash at the 18th Asian Games to win the country's first medal in 20 years in this event in Indonesia on Sunday. Running in lane number 7, Dutee clocked 11.32 seconds, a tad below her national record of 11.29 seconds. Odiong Edidiong of Bahrain won the gold in 11.30 while Wei Yongli of China took the bronze in 11.33 in a close finish. The 22-year-old from Odisha was taking part in her first Asian Games. She was suspended by the IAAF in 2014 under its hyperandrogenism policy but she filed an appealed before the Court of Arbitration for Sports and won it.

Recently, under a revised rule of the IAAF, Dutee was left outside the purview of the hyperandrogenism policy which gave her liberty to pursue her career. India's last medal in this event was the bronze won by Rachita Mistry in 1998 Asian Games.

Dutee, for long haunted by the gender dispute case that she eventually won, dug her heels for a silver in the women's 100m in a remarkable photo-finish.

Earlier, Hima Das shone the brightest with a brand new record to her name and Muhammed Anas did enough to hold on to his status of a regional force on a jinx-breaking day for India at the Asian Games.

It was a day when India counted the silvers, a total of five, even though there was no gold in the tally. The country took the ninth spot in the overall standings with 36 to its credit, including seven gold, 10 silver and 19 bronze medals.

The 18-year-old Hima shattered the 400m national record for a second time in two days for her silver while Anas grabbed the second place in the same event for men today. Dutee, for long haunted by the gender dispute case that she eventually won, dug her heels for a silver in the women's 100m in a remarkable photo-finish.

The silver medals from Hima and Anas were on expected lines as the gold winners in their respective events were outright pre-race favourites. Hima clocked 50.59 seconds to win the silver, while Asian champion Anas clocked 45.69 seconds in his 400m final.

Comments
Topics mentioned in this article
Asian Games 2018 Athletics Other Sports
Get the latest updates on IND vs NZ 2021, check out the Schedule and Live Score . Like us on Facebook or follow us on Twitter for more sports updates. You can also download the NDTV Cricket app for Android or iOS.