Captain Rohit Sharma and Shikhar Dhawan hit astonishing centuries to steer Team India to a resounding nine-wicket win over a listless Pakistan in their Asia Cup Super Four clash in Dubai on Sunday. 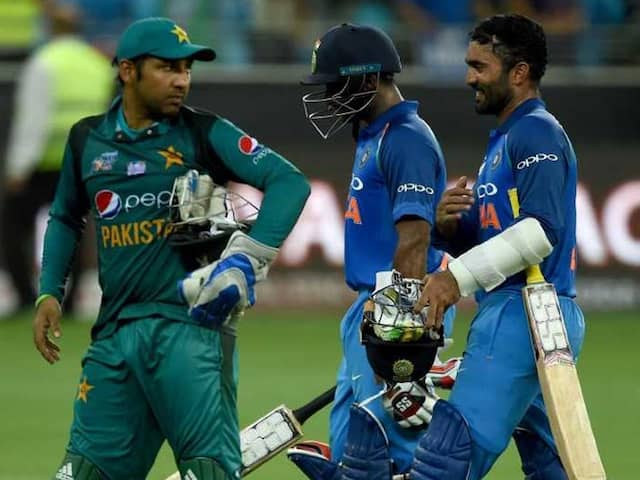 The win is India's highest against Pakistan in terms of wickets.© AFP

Captain Rohit Sharma and his deputy Shikhar Dhawan hit astonishing centuries to steer Team India to a resounding nine-wicket win over a listless Pakistan in their Asia Cup Super Four clash in Dubai on Sunday. The stellar show by Rohit and Dhawan saw India overhaul the target with 10.3 overs to spare. After India's victory, India veteran off-spinner Harbhajan Singh hailed Rohit and Dhawan's performance in the tournament and the arch-rivals Pakistan and also said this Pakistani team can't compete with the Indian team.

"There's a big difference between these two teams. This Pakistani team doesn't have it in them to compete with the Indian team. They were only playing the game but not to win. India are the No.1 contender to win the Asia Cup. India remain the favourites," Harbhajan was quoted as saying by India Today.

"Rohit is a class apart. Shikhar is a very talented batsman. The kind of bowling attack we have it's tough to compete against us. India have the experience...MS Dhoni, Rohit, Dhawan, Bumrah, Bhuvneshwar and even Ambati Rayudu," Harbhajan, who played 236 ODIs for India, said.

The win is India's highest against Pakistan in terms of wickets, improving on the eight-wicket win over Pakistan in Melbourne in 1985.

Pakistan were steered to 237-7 by Shoaib Malik who made a 90-ball 78 after winning the toss and batting but it proved too little for the strong Indian batting line.

"In Pakistan, barring Shoaib Malik there's no other player who has this kind of exposure. That is the difference between the two teams," he added.

Bangladesh beat Afghanistan by three runs in a last-ball finish in Abu Dhabi which meant India sailed into the September 28 final in Dubai.

Sarfraz Ahmed Shoaib Malik Asia Cup 2018 Cricket
Get the latest Cricket news, check out the India cricket schedule, Cricket live score . Like us on Facebook or follow us on Twitter for more sports updates. You can also download the NDTV Cricket app for Android or iOS.