Asia Cup: Virat Kohli Is A Legend, His Absence Will Be An Advantage, Says Pakistan Pacer

India face Pakistan in the Asia Cup 2018 on September 19, a day after their opening match against Hong Kong. 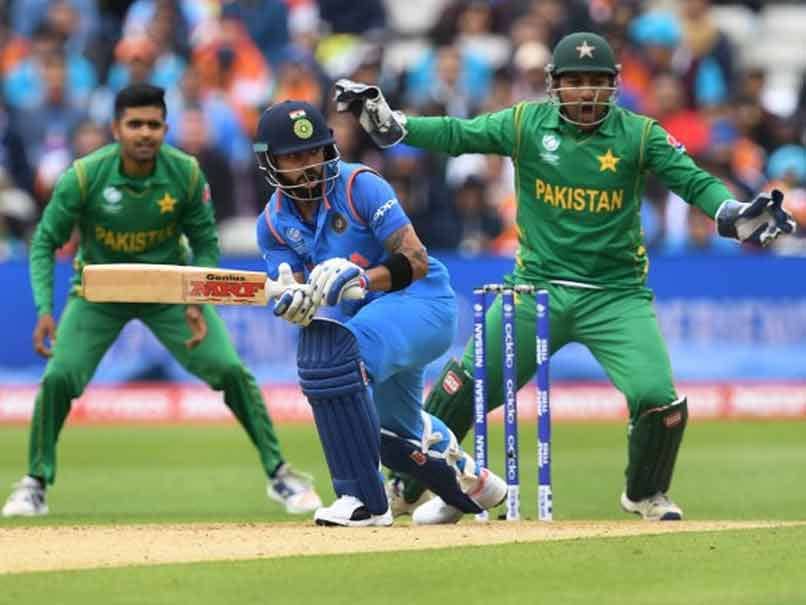 Virat Kohli has been rested from Asia Cup 2018 with Rohit Sharma named captain in his absence.© AFP

The Asia Cup 2018 starts on September 15 with Bangladesh taking on Sri Lanka in the opening match of the tournament that will be held in Dubai. However, all eyes will be on the India vs Pakistan match slated for September 19. Matches between the two countries have become a rarity over the years and once again the contest will be keenly followed by cricketing fans around the world. But India's run-machine and leader Virat Kohli will be a big absentee, having been rested for the tournament and Pakistan's premier pacer Hasan Ali feels that will work to his team's advantage.

Hasan Ali dismissed comparisons with Virat Kohli, saying that the Indian captain was a legend.

"There is no need for comparison with Virat Kohli. He is my senior. He is a legend. I focus on my fitness because that brings me consistency," Ali was quoted as saying on www.icc-cricket.com.

Despite Kohli's absence, Hasan Ali is wary of the threat posed by some of the other players in the Indian cricket team.

"Yes, there is an advantage for us that the way Virat Kohli can handle pressure, someone else who comes in his place might not be able to."

Last time the two teams met, Pakistan stunned India to clinch the ICC Champions Trophy title in 2017. India were overwhelming favourites to take home the trophy, having already gotten the better of their arch-rivals earlier in the tournament. But Fakhar Zaman's century and Mohammad Amir and Hasan Ali's brilliance with the ball delivered an unlikely but memorable triumph for Pakistan.

"We are on top right now. [India] are under pressure from the previous defeat.

"In UAE, these are our conditions, we have the home advantage as we have been playing here for long, and are aware of how to use the conditions," said Hasan Ali.

Hasan Ali has taken 68 wickets in 33 ODI and is ranked third in ICC ODI Rankings for Bowlers.

Virat Kohli Hasan Ali Asia Cup 2018 Cricket
Get the latest updates on SA vs IND 2021-22, check out the Schedule and Live Score . Like us on Facebook or follow us on Twitter for more sports updates. You can also download the NDTV Cricket app for Android or iOS.